The two photos below show a turquoise Moroccan shirt. I bought it in 2009 — the first shirt, in fact, that I bought from "Fez" — and 8½ years later, it's still almost as good as new. The zip jammed and had to be replaced, and a few of the black and blue bobbles near the neck have been lost, but that's all. Notice the elaborate decoration. This, I've been told, is called the "Moroccan cross". There'll be other examples in future posts. 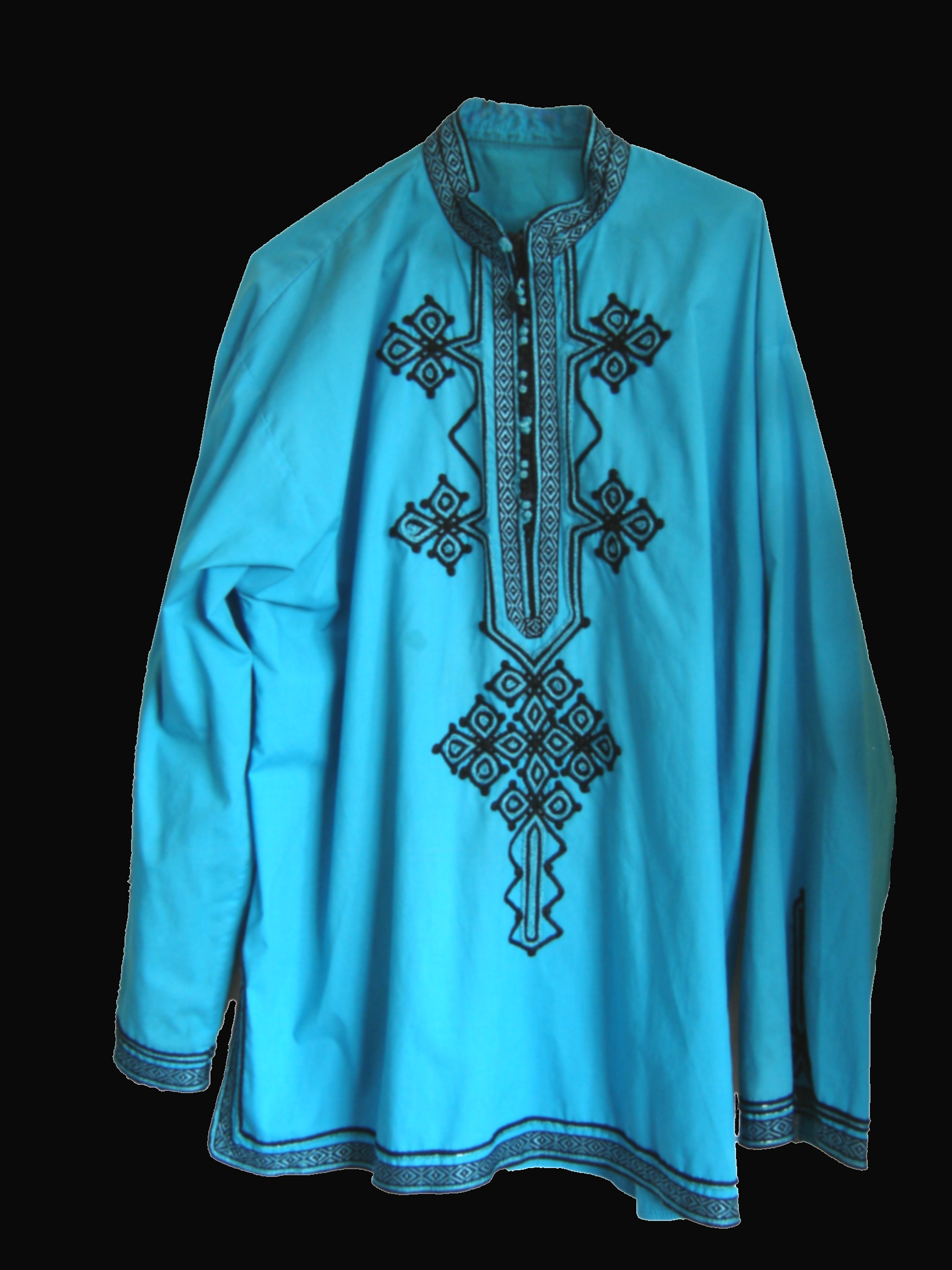 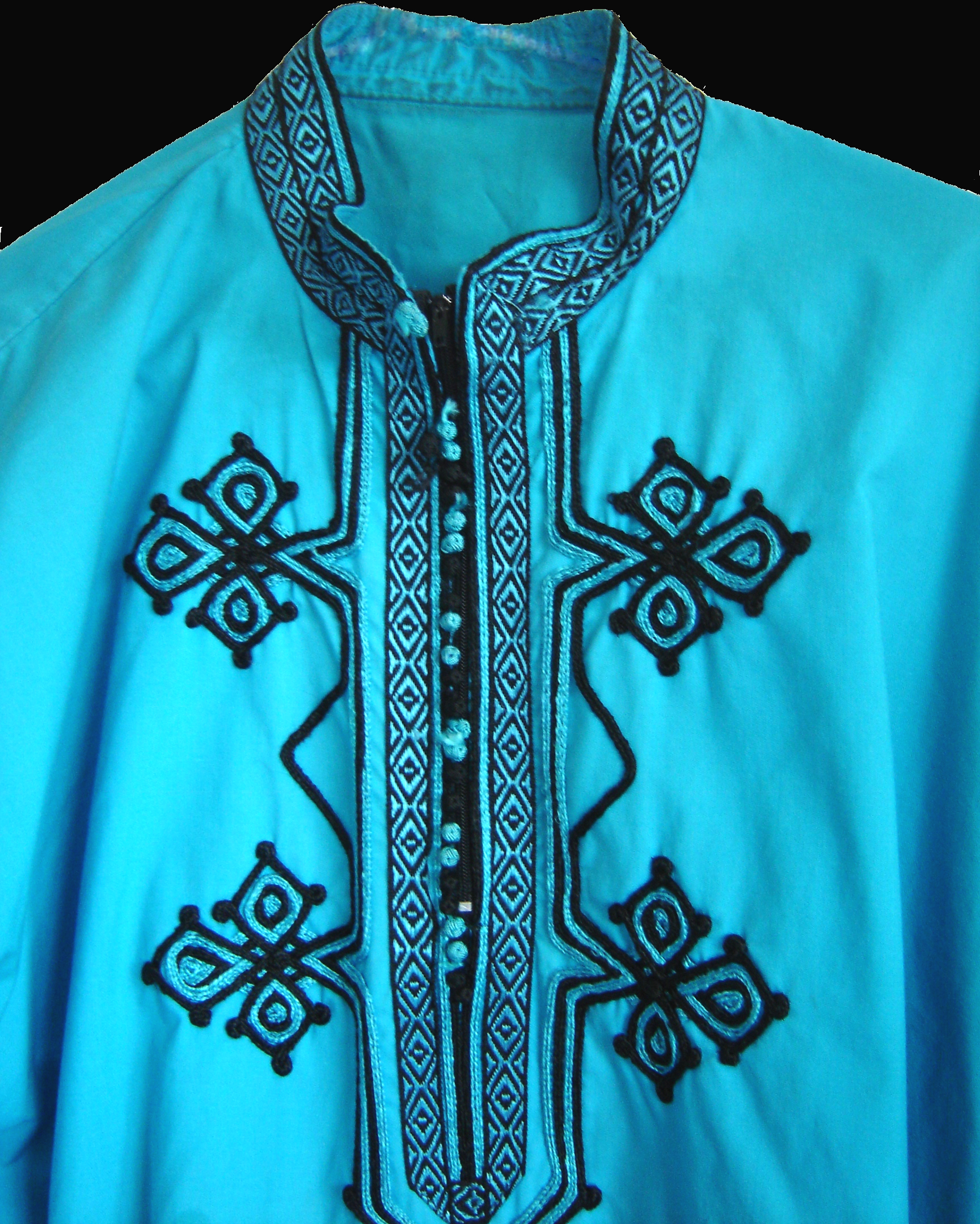