Here are some more experiments in style transfer using DeepArt, to follow Ship-Street Salvatore. I tried making my drab tourists psychedelic by using the album cover from Yellow Submarine as the styling image.

In the first attempt, I submitted the cover picture unchanged. The result is surreal, though I do like it. The walls and windows have undergone some distortion, and I can see fragments of lettering and other twiddly bits mixed in with the psyechdelised tourists. The ground has inherited some styling from the mound that the Beatles are standing on.

I then tried reducing this distortion by removing the mound, leaving only people, a few twiddly bits, and a kerb or gutter in my second styling image; and the original walls plus a more representative group of psychedelic people in the third. (I didn't really want the white gaps between walls and people, but as I complained on Friday, Gimp's "intelligent scissors" are anything but.) My results are below, arranged in the same way as before. One interesting thing is the way some tourists in the third result have gained black Beatle shoes. 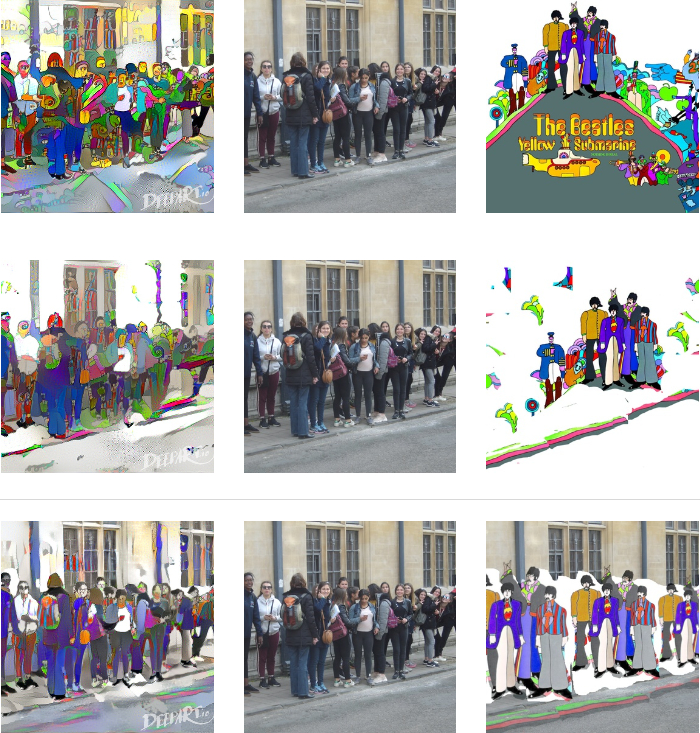 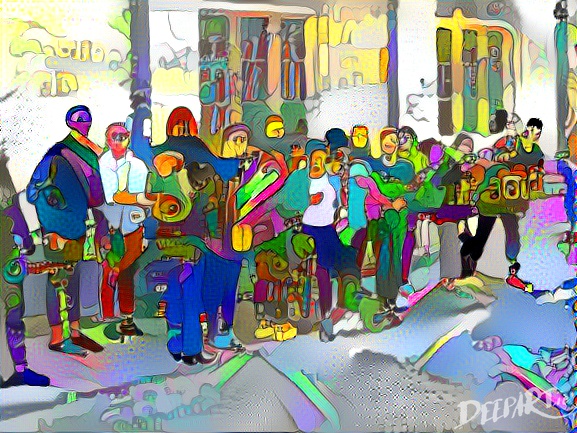 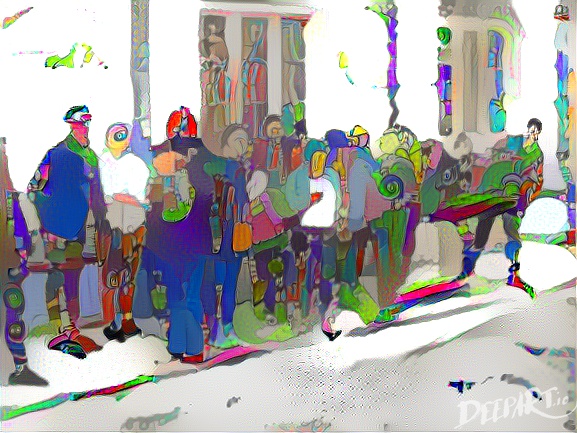 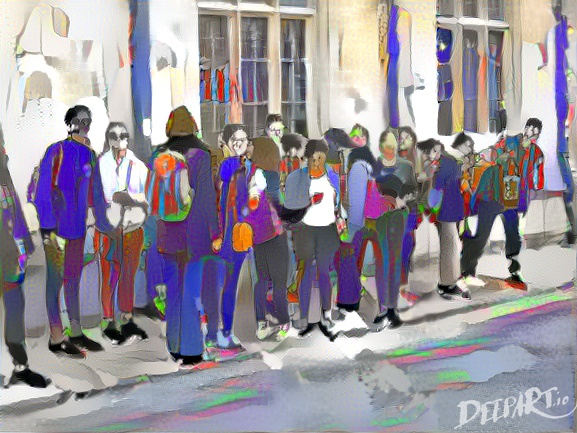