Some cartoon clichés don't happen. There are no flying saucers with anntenaed aliens stepping thereout, no single-palmed desert islands surrounded by sharks, and no little boys with a bandage round their jaw to relieve toothache. But I know one cliché that did happen: a man putting his hand in front of my camera to stop me photographing. This is the hand: 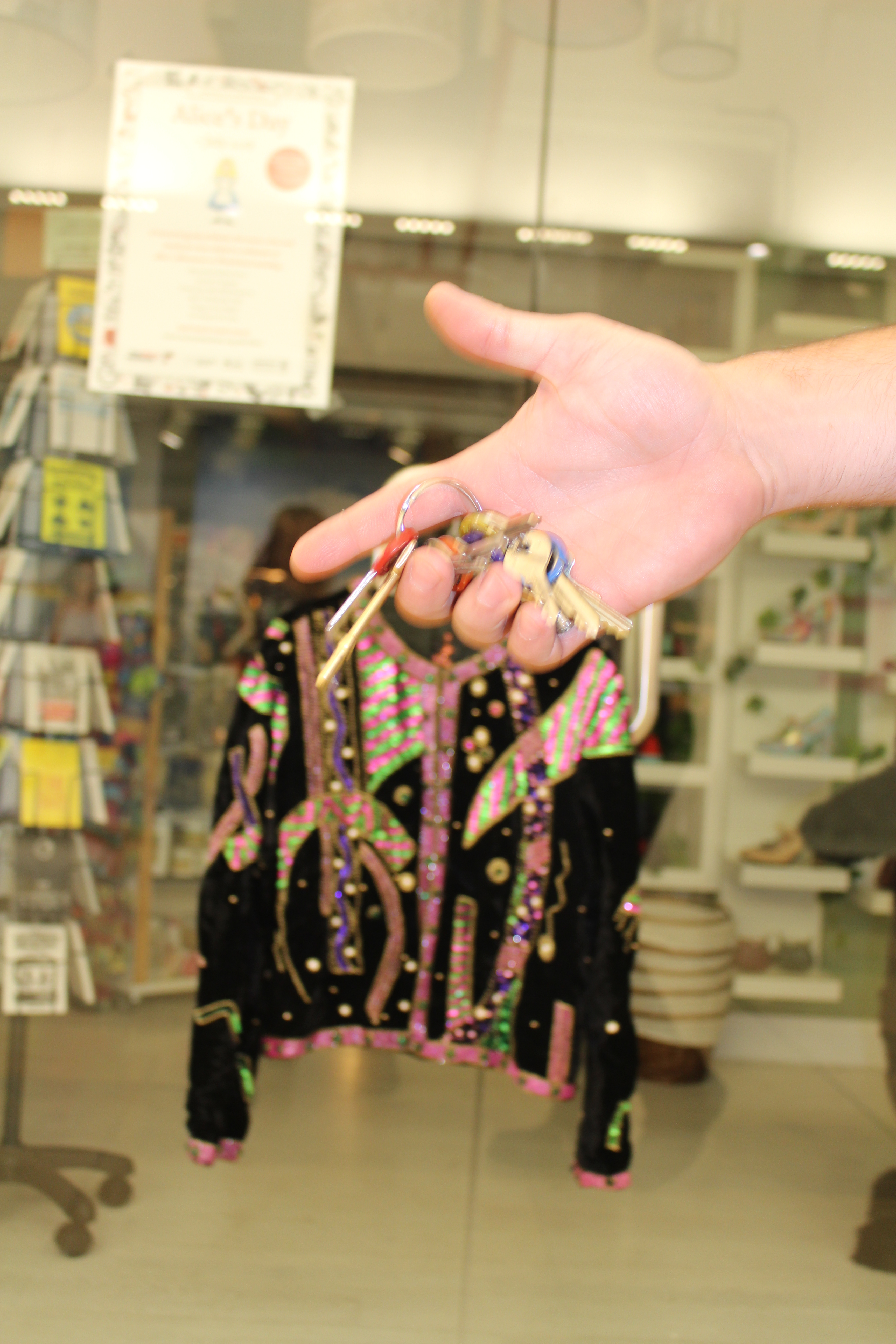 The hand, and presumably the keys, belong to the security guard in the Clarendon Shopping Centre in Oxford. I was photographing a jacket, and had hung it on the door to Podarok, one of the shops there. I thought its pattern went with the background formed by the door handles and shop interior. The guard didn't like this. It would be alright, he said, to photograph Podarok from outside the Clarendon Centre, but not from inside it, because Podarok was private property. Since almost every piece of land in this country is private property, the reason seemed suspect. But the guard was insistent.

This didn't seem consistent. A few days ago, a big group of English-language students — Oxford overflows with them during the summer — were sitting near Podarok taking photos of each other on their phones. No guards were stopping them. Anyway, like so many other shops in Oxford, Podarok has closed down. The Clarendon should be more welcoming.