Here's another item from Unicorn. It's a cropped multicoloured-velvet jacket by Fosby, with flower and leaf patterns outlined in gold. 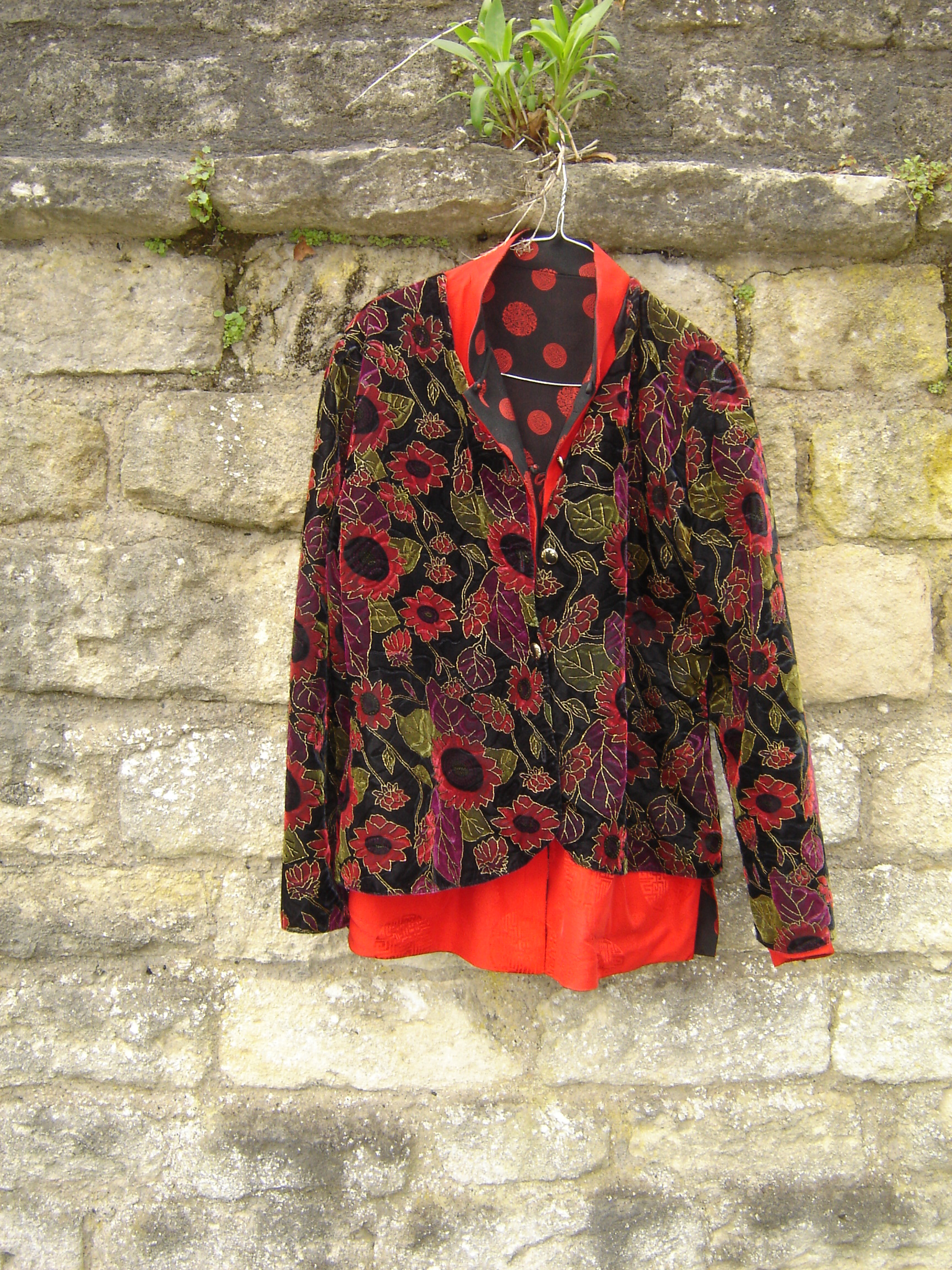 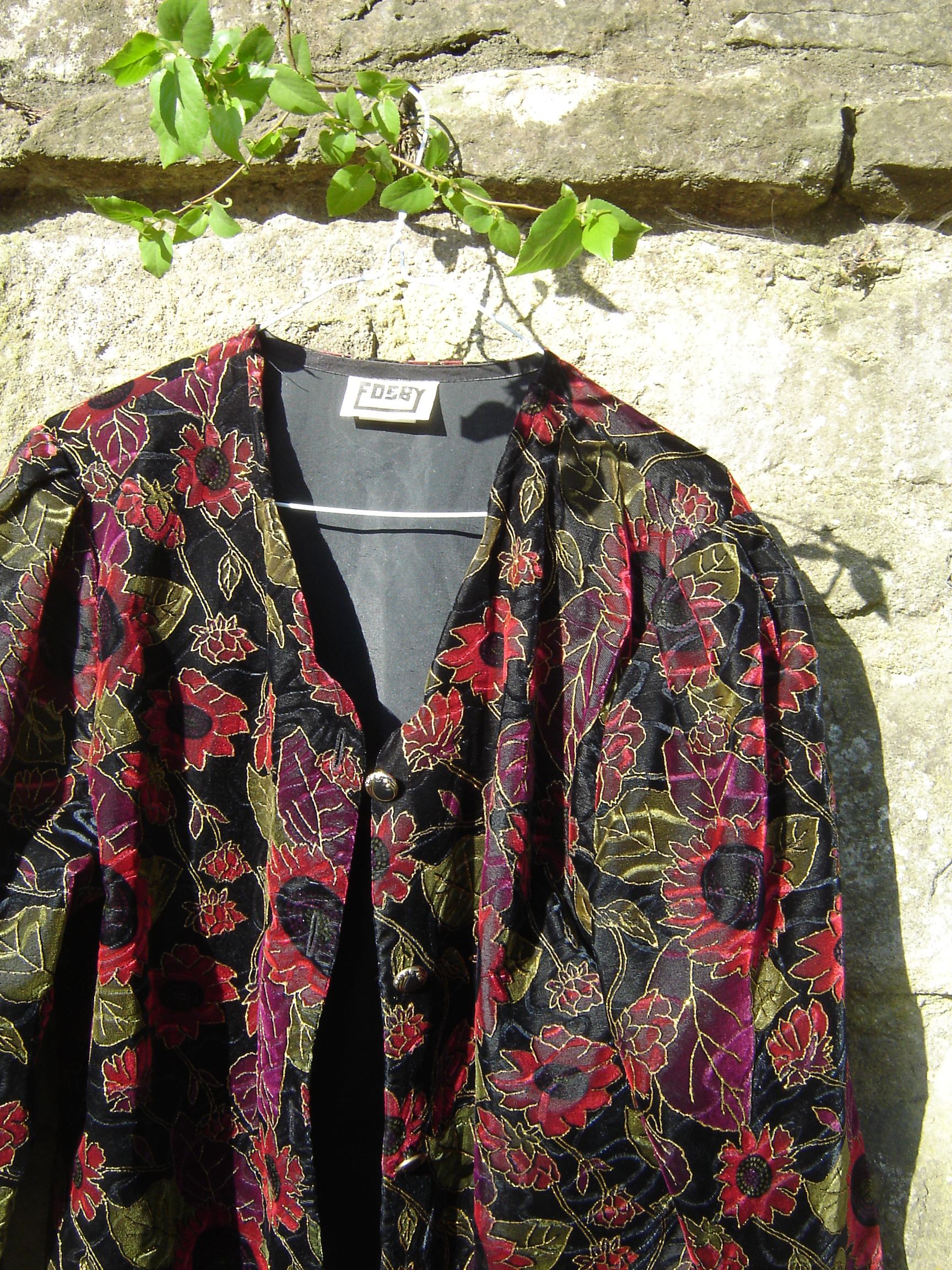 The jacket is light in weight, and I've been wearing it over the red silk top shown above, both over a silk shirt, for the coolish spring mornings of the past few days. Once the sun begins blasting down, discard all but the shirt. The jacket is wrinkle-proof when wet, which is an advantage when the April showers come.

But another nice thing about it is that it glows. Notice the end of the sleeve on the right: 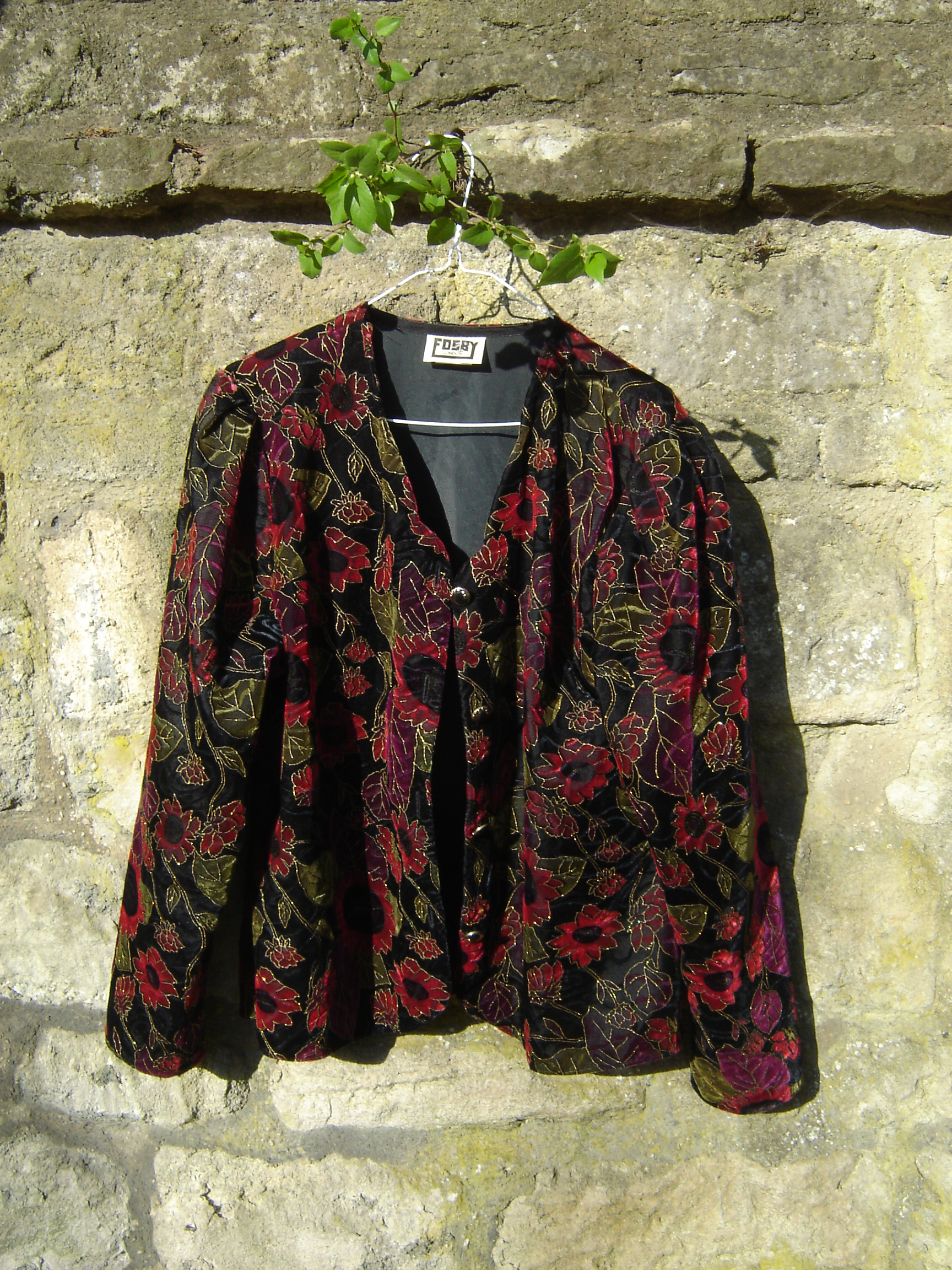 This is because of the "tracks" which you can see below: 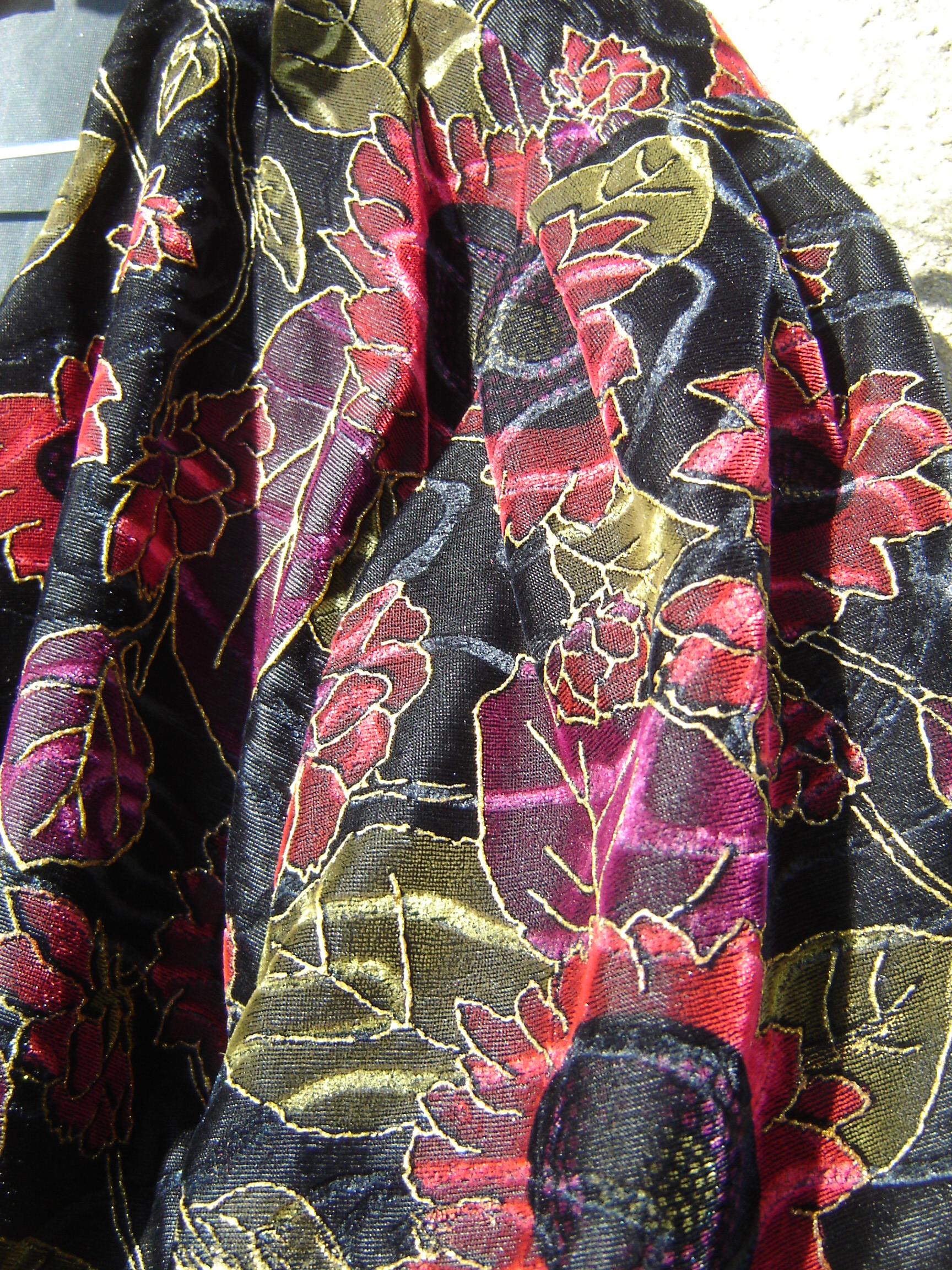 The glow in some lights is intense, like internal fire. The three photos below were taken inside, and my camera couldn't quite focus without flash, which would have spoilt the effect. But they've caught the glow better than any others. 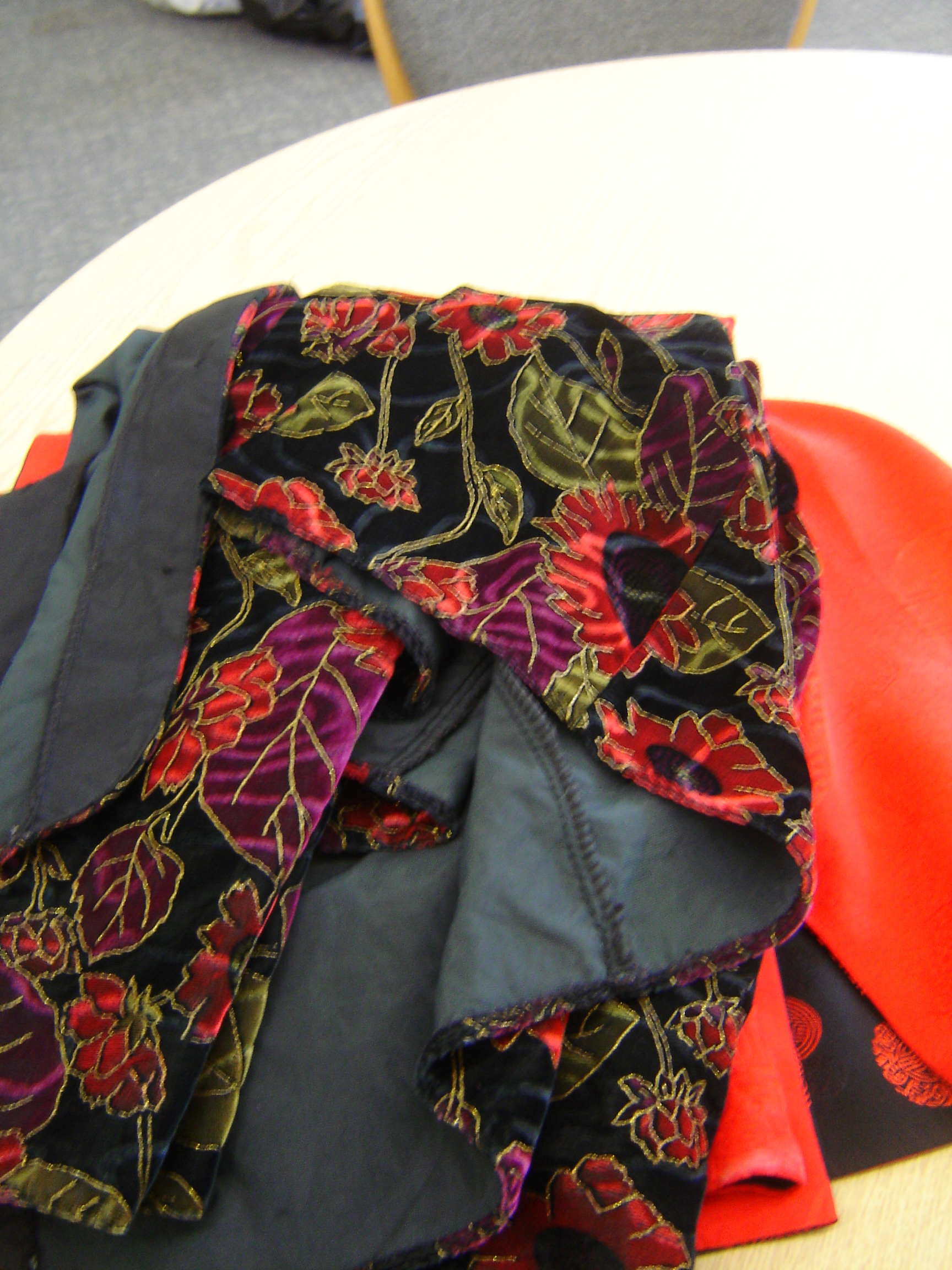