This Frank Usher top is a lovely pure pink, and has very elaborate puff sleeves, gathered at the cuffs and shoulders. Despite the extra volume added to both the top and bottom of the body, it looks very good when I wear it tucked into some of my Moroccan harem pants. 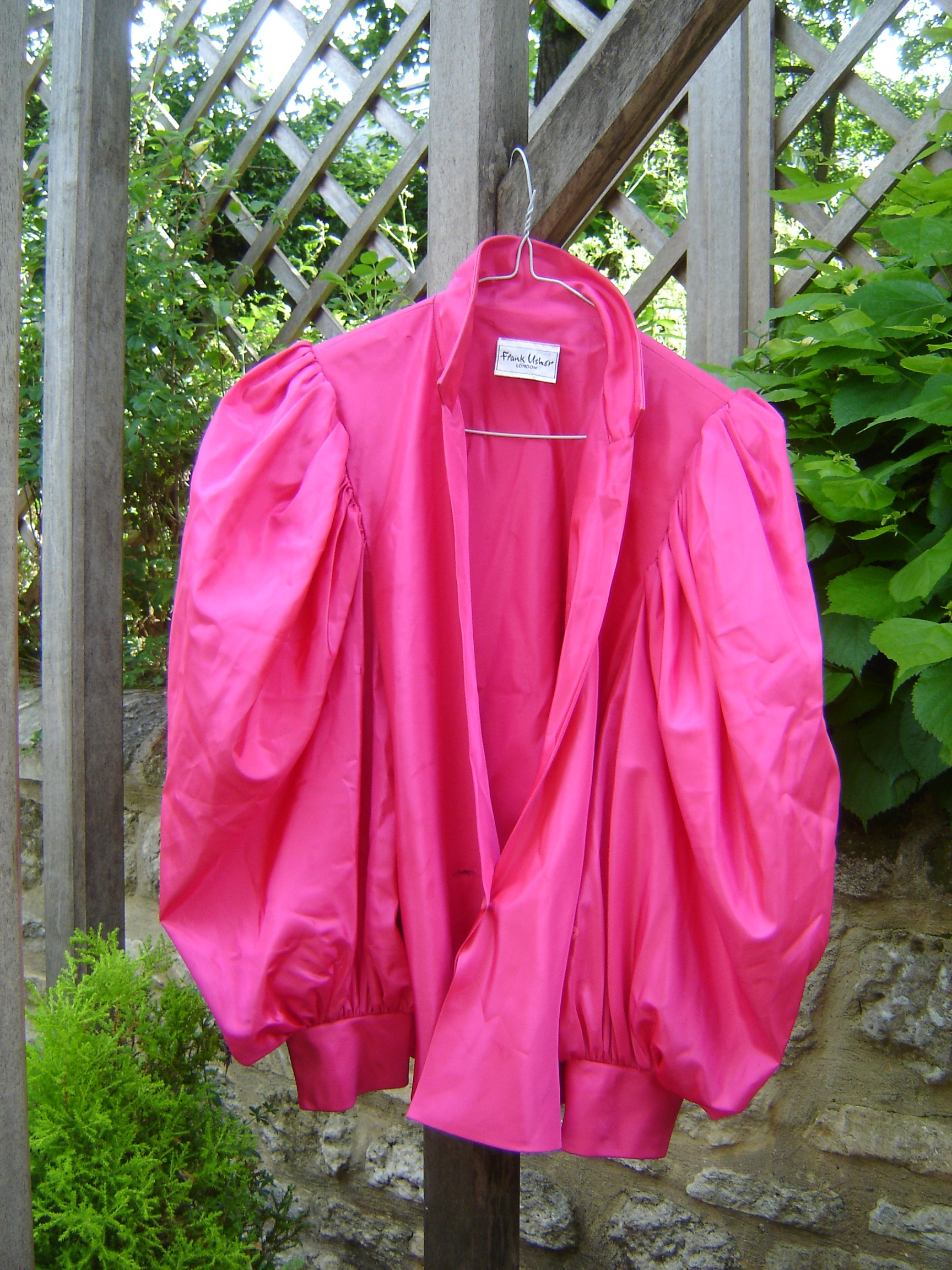 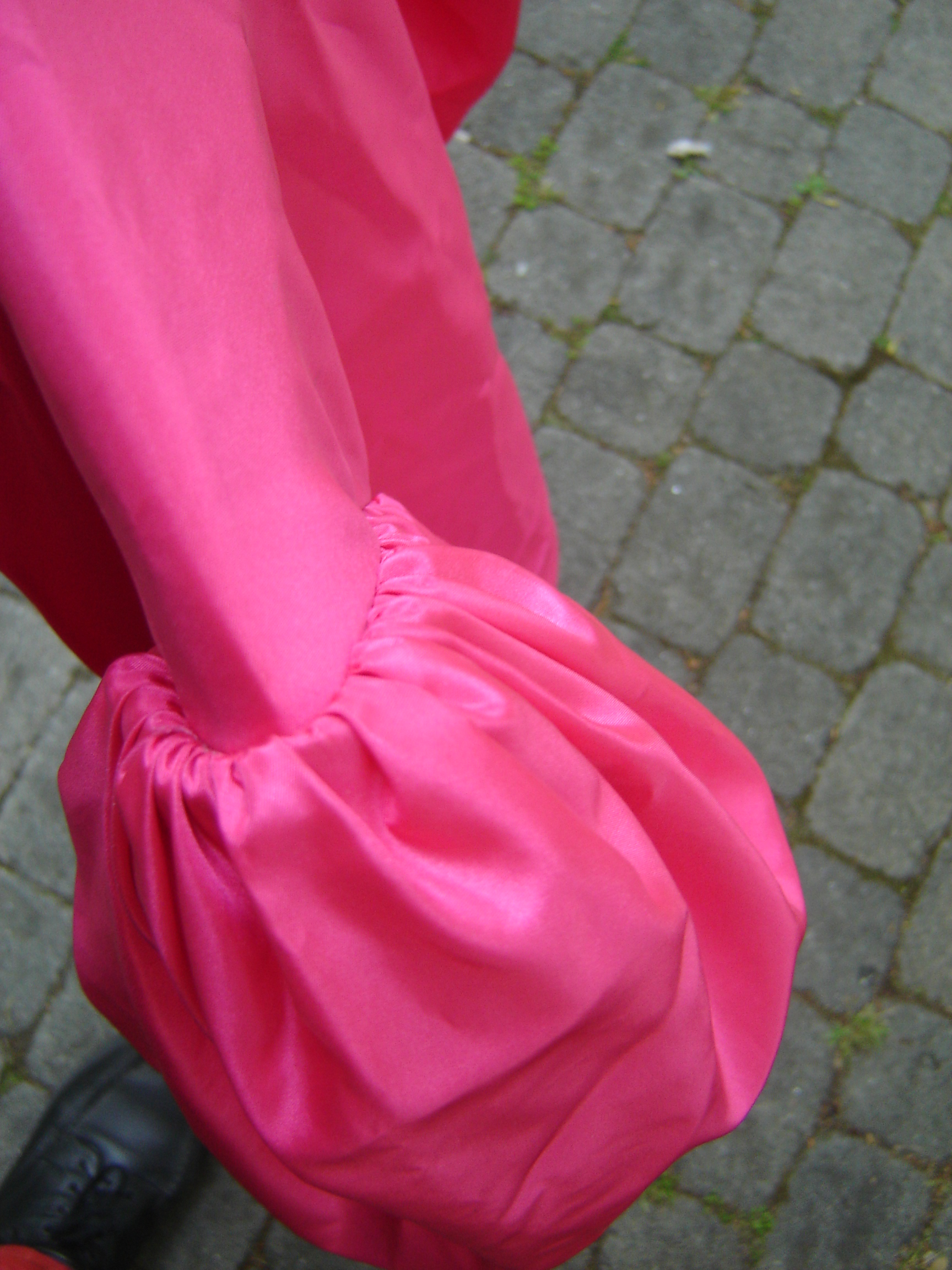 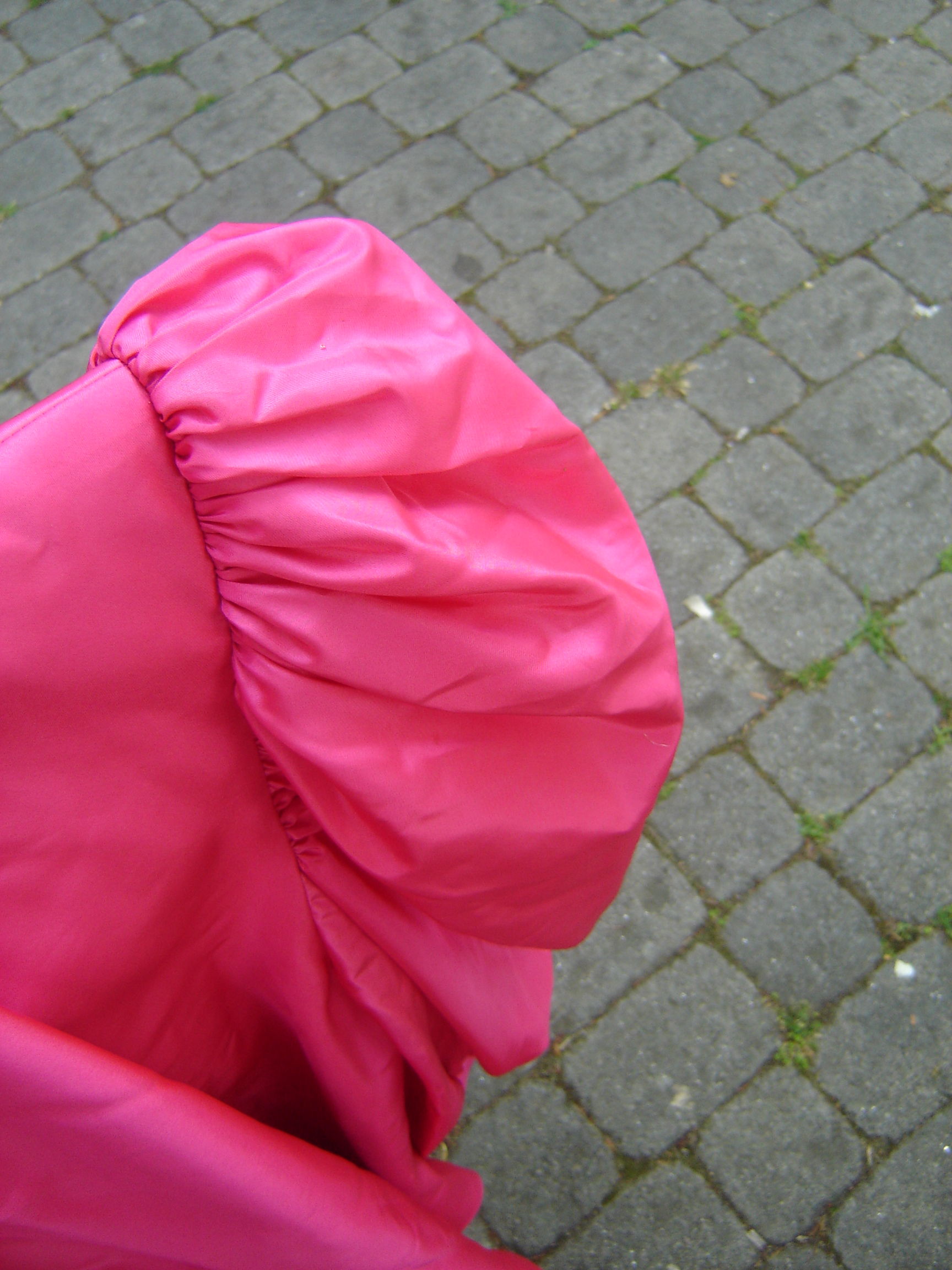 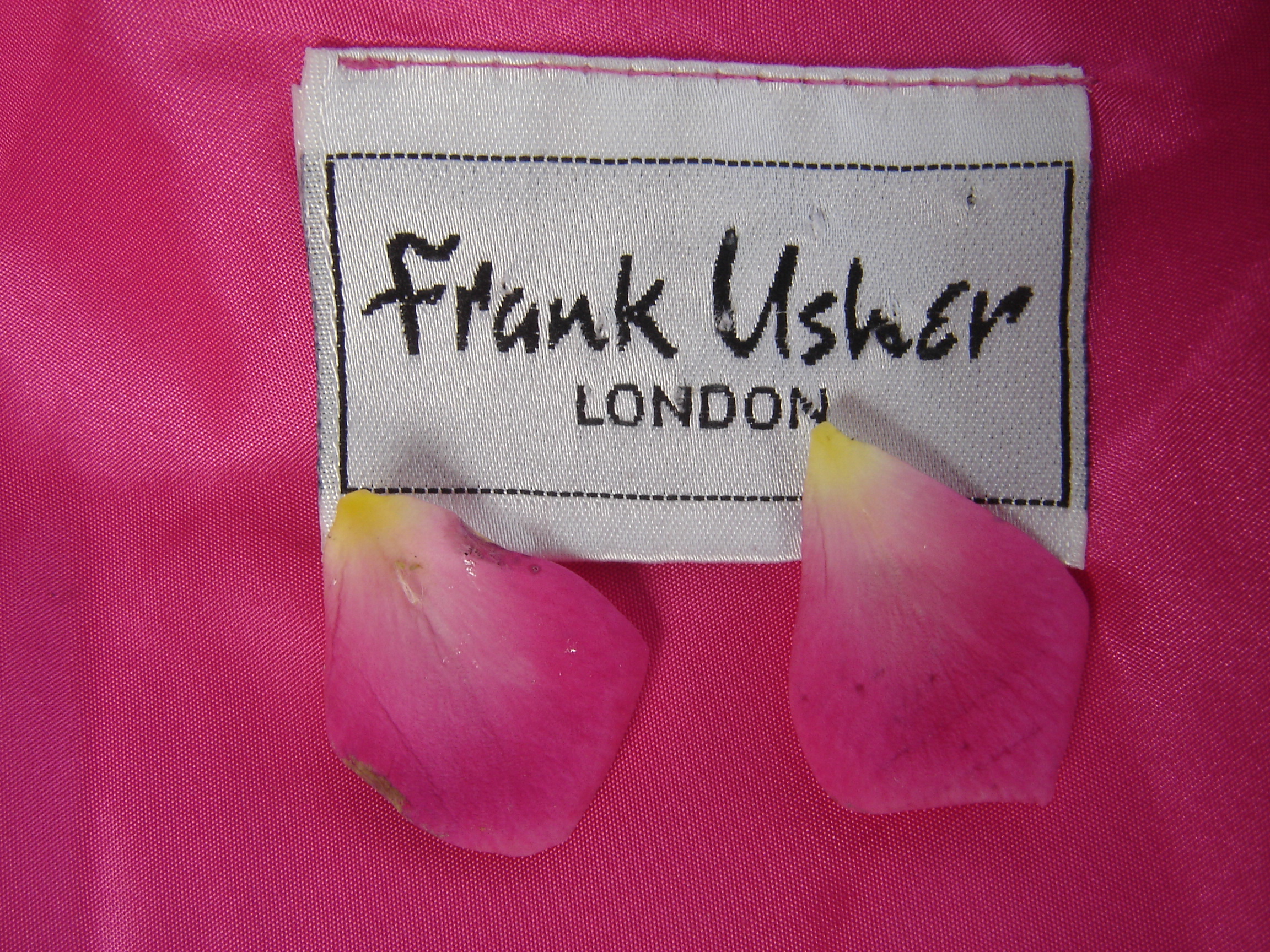 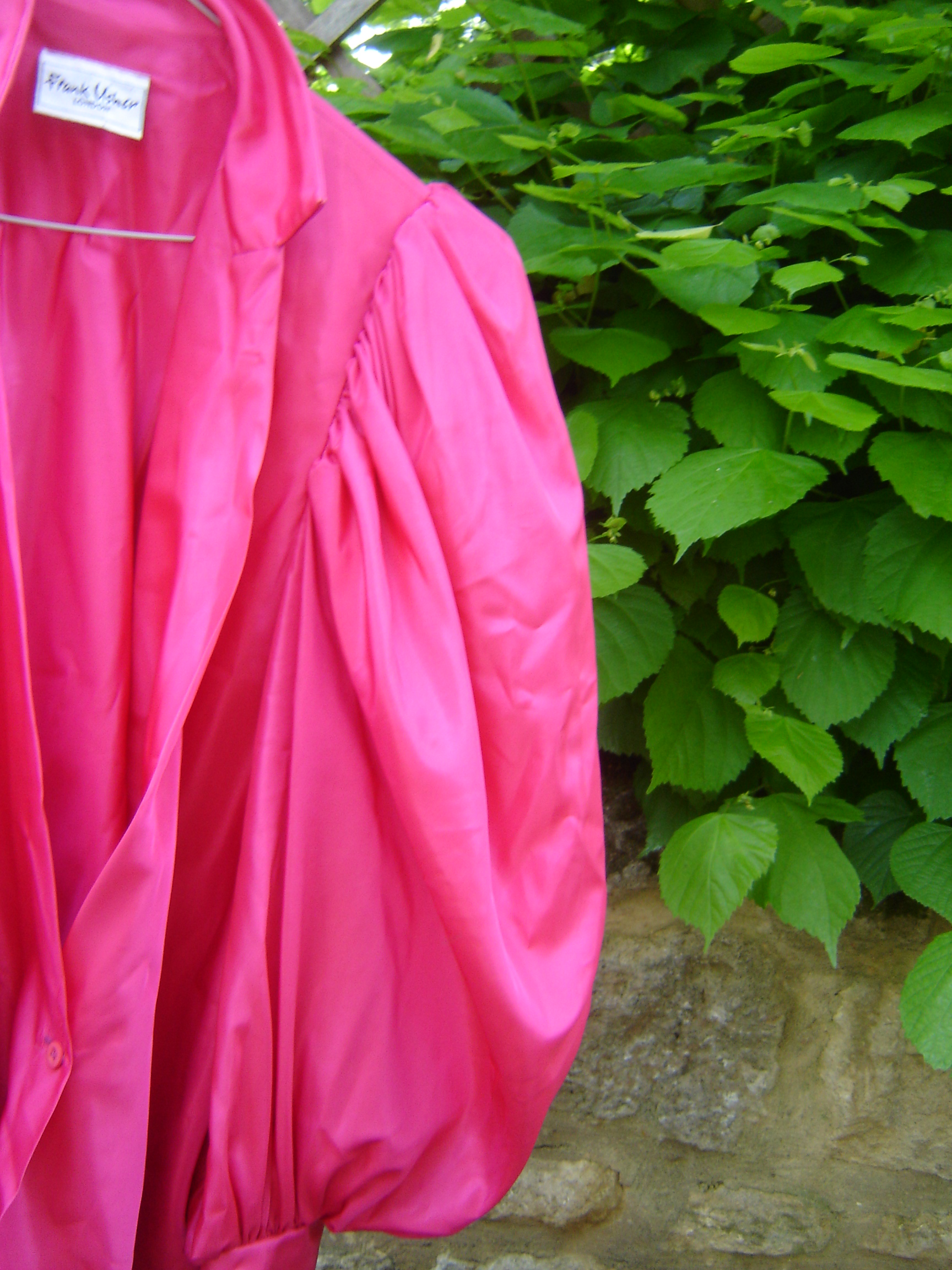 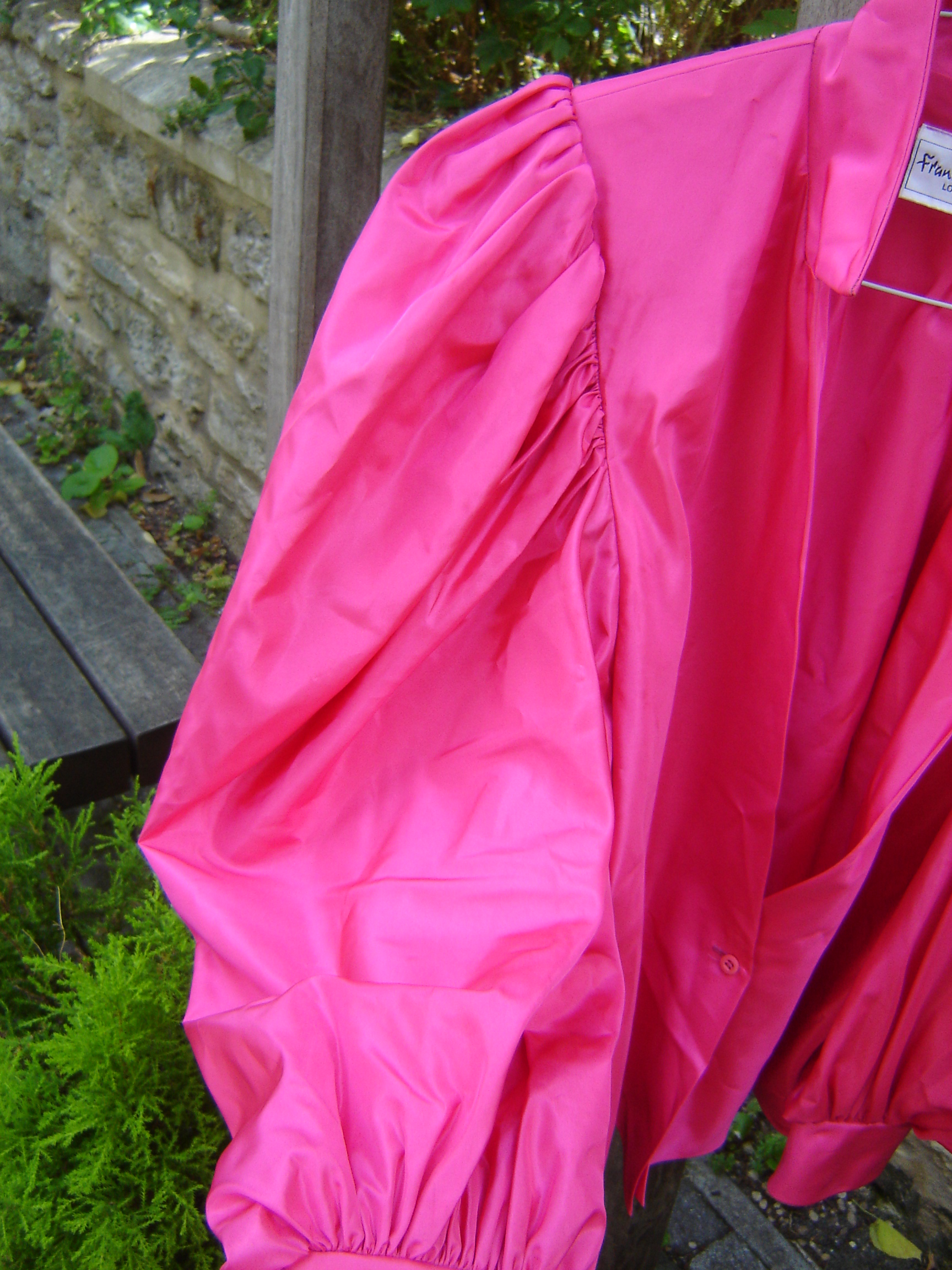 According to "vintagegent.com" on The Vintage Fashion Guild's label-resource page for Frank UsherWayback, Frank Usher started in 1946. Its speciality was "bringing high end details and fresh off the runway inspirations at a more moderate price range, emulating such designers as Ossie Clark". Frank Usher went into receivership in 2001, was sold to management, and was then bought by the Simma Corporation.

I was surprised at the 1946. Ossie Clark was 4 at the time, so he can't have been designing much that Frank Usher would want to emulate. Moreover, Britain was deep in rationing and austerity, and not even the New Look had been launched. But the date does seem to be accurate, as I've learned from Advantage In Vintage's "They Created Frank Usher"Wayback by "liztregenza" (19 November 2015). There already existed an almost-defunct firm called Frank Usher which was bought by Max and Anne Bruh, Germans who moved to Britain in 1939. They married in 1945, and Max, a director of one of Berlin’s pre-war top fashion houses, was keen to start his own business. For more, see the above link. It includes a copy of the article "They Created Frank Usher" from Woman and Beauty July 1961.