I was going to write a post called "Artesania Pop Wuh". But that will now be next time. The Beast from the East returned for the day, so as I bundle up against a final slash of the Beast's claws, here's something bought at the start of the winter for practicality as well as style.

It's a red Jaeger coat, 1980s and more interesting than most of that company's clothes were in later years. Its length, elegantly fitted contours — most visible in the side-view and penultimate photos — and high velvet-lined collar make me think of something Russian and military. And as you'd want from something Russian and military, it's warm, being pure wool. Length is an advantage during today's north-easterly blasts. I bought it from Unicorn. Coats don't have to be black. 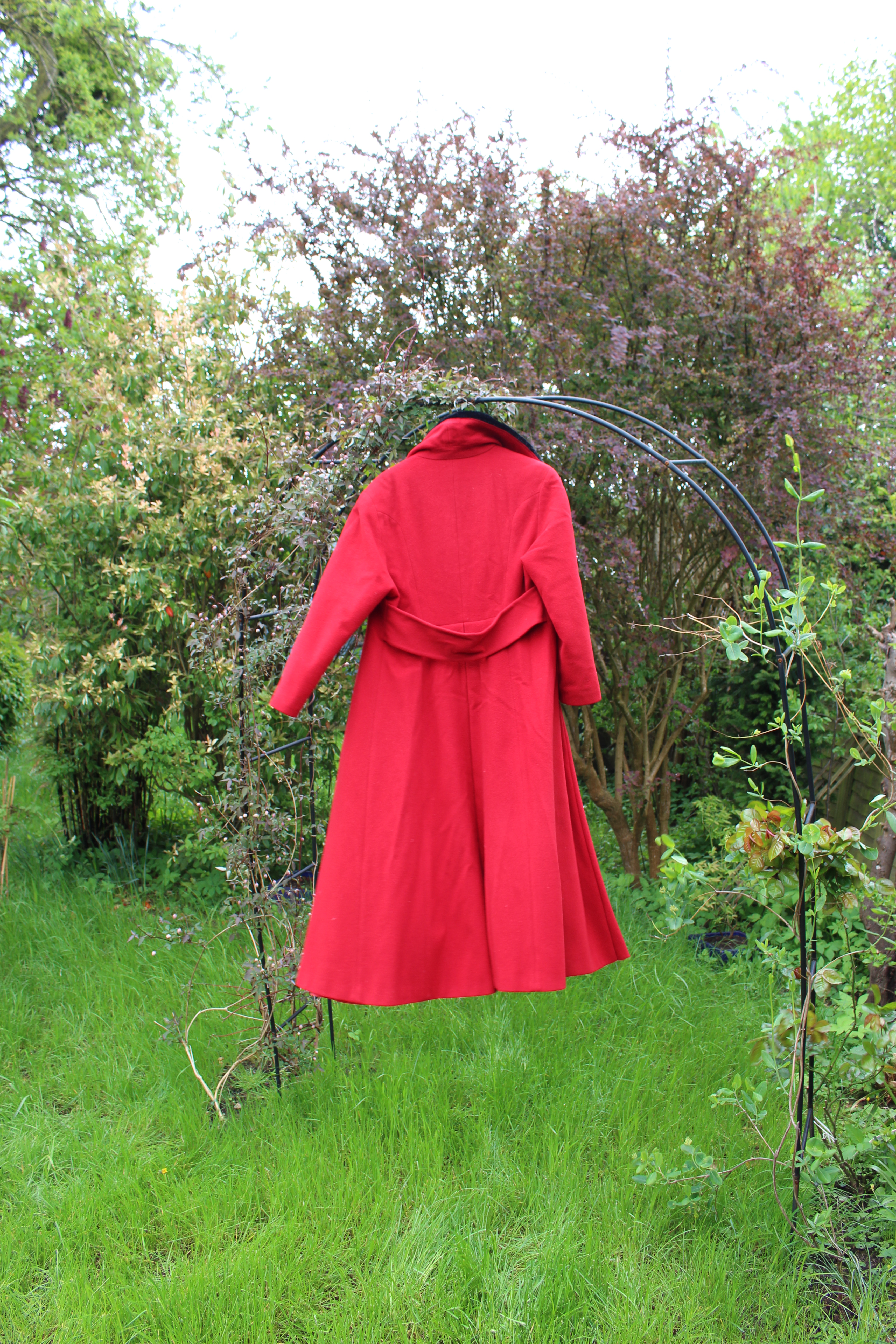 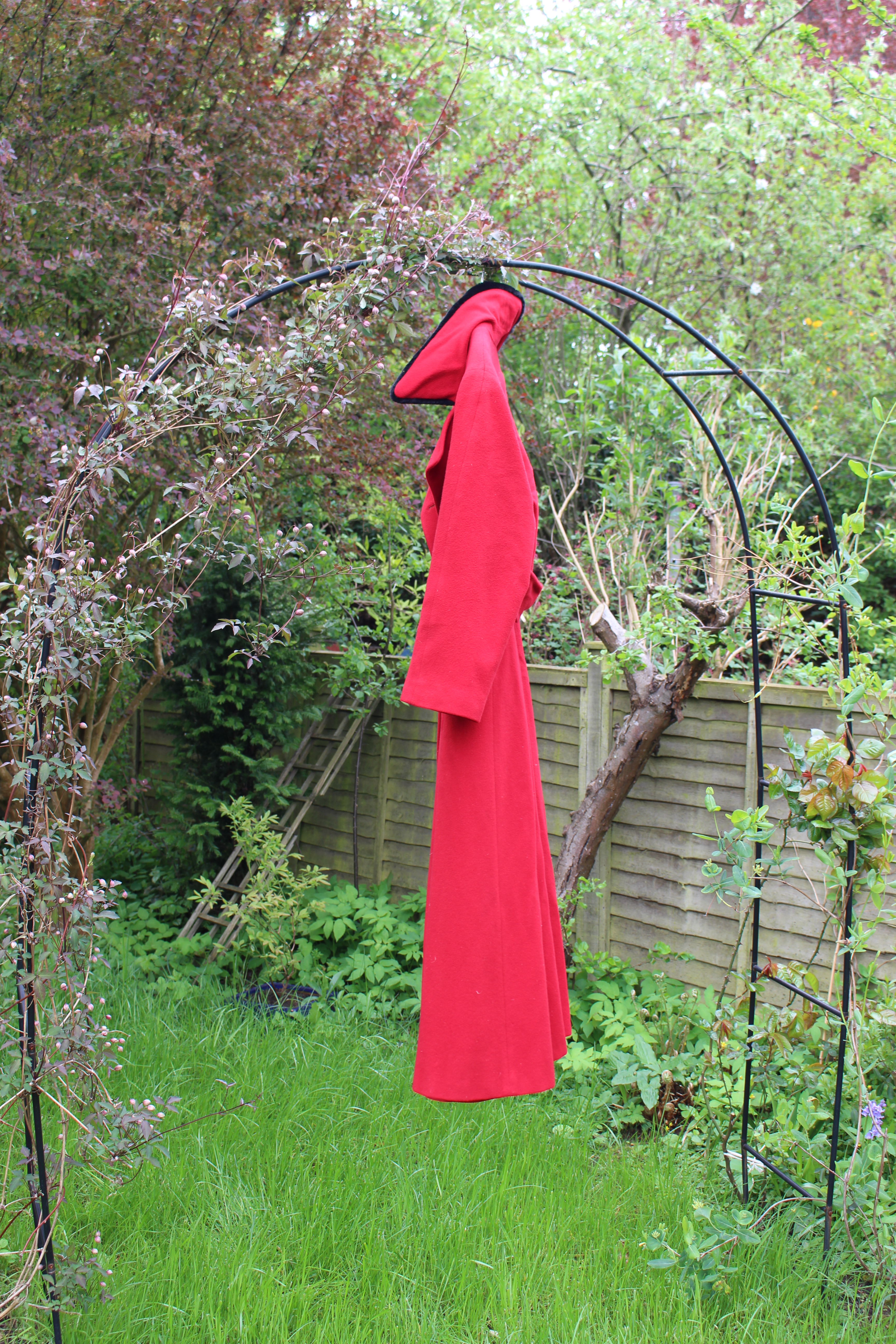 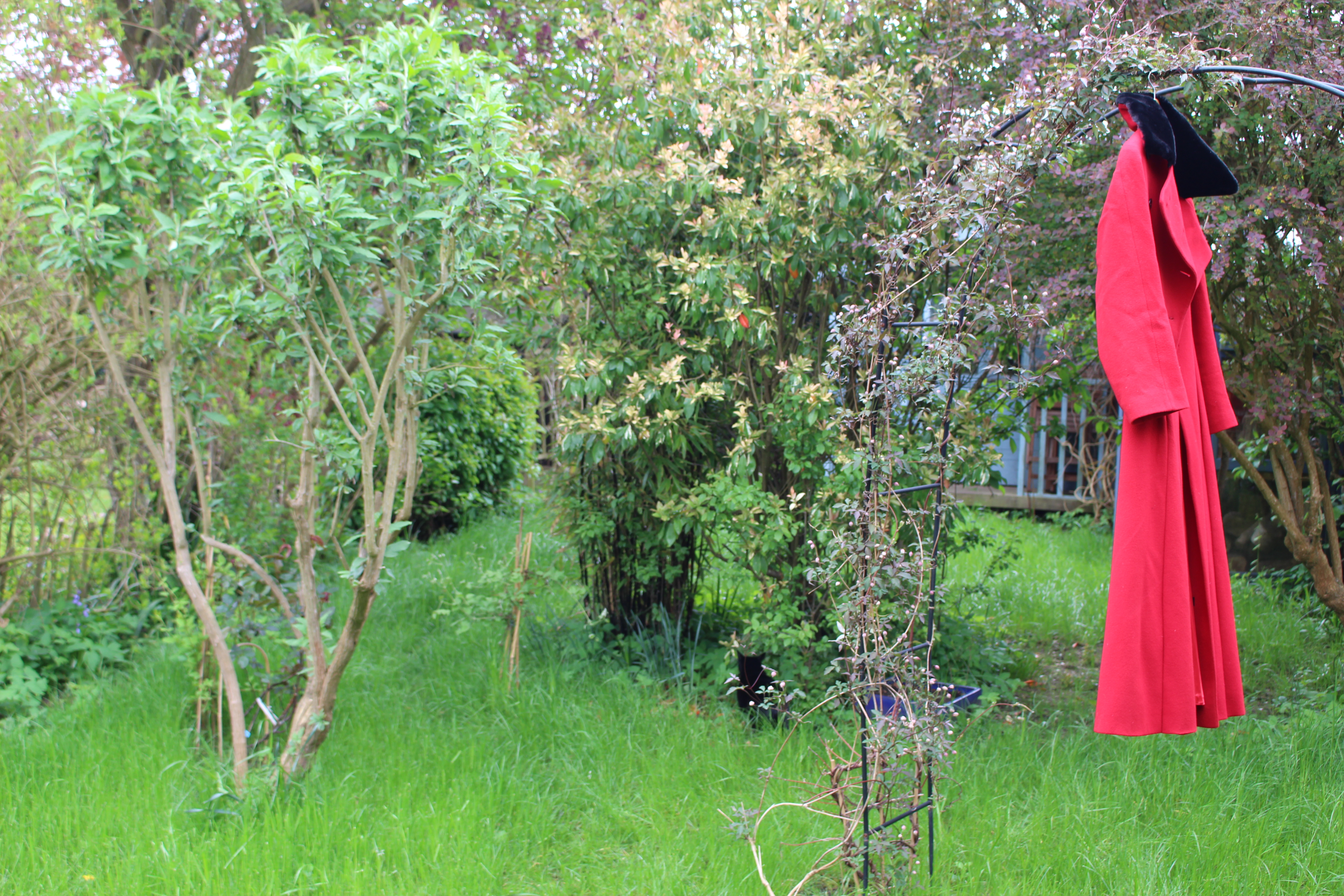 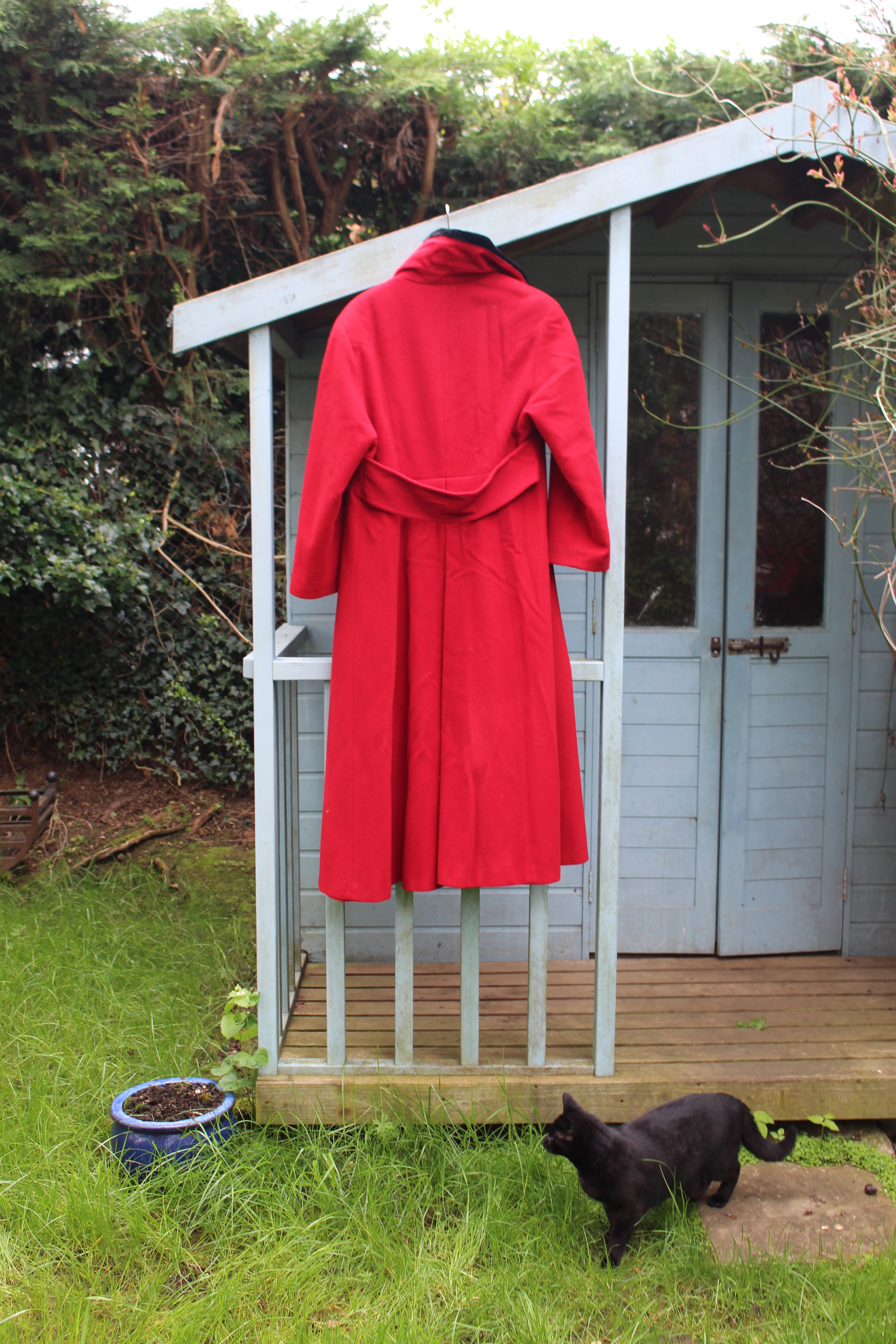 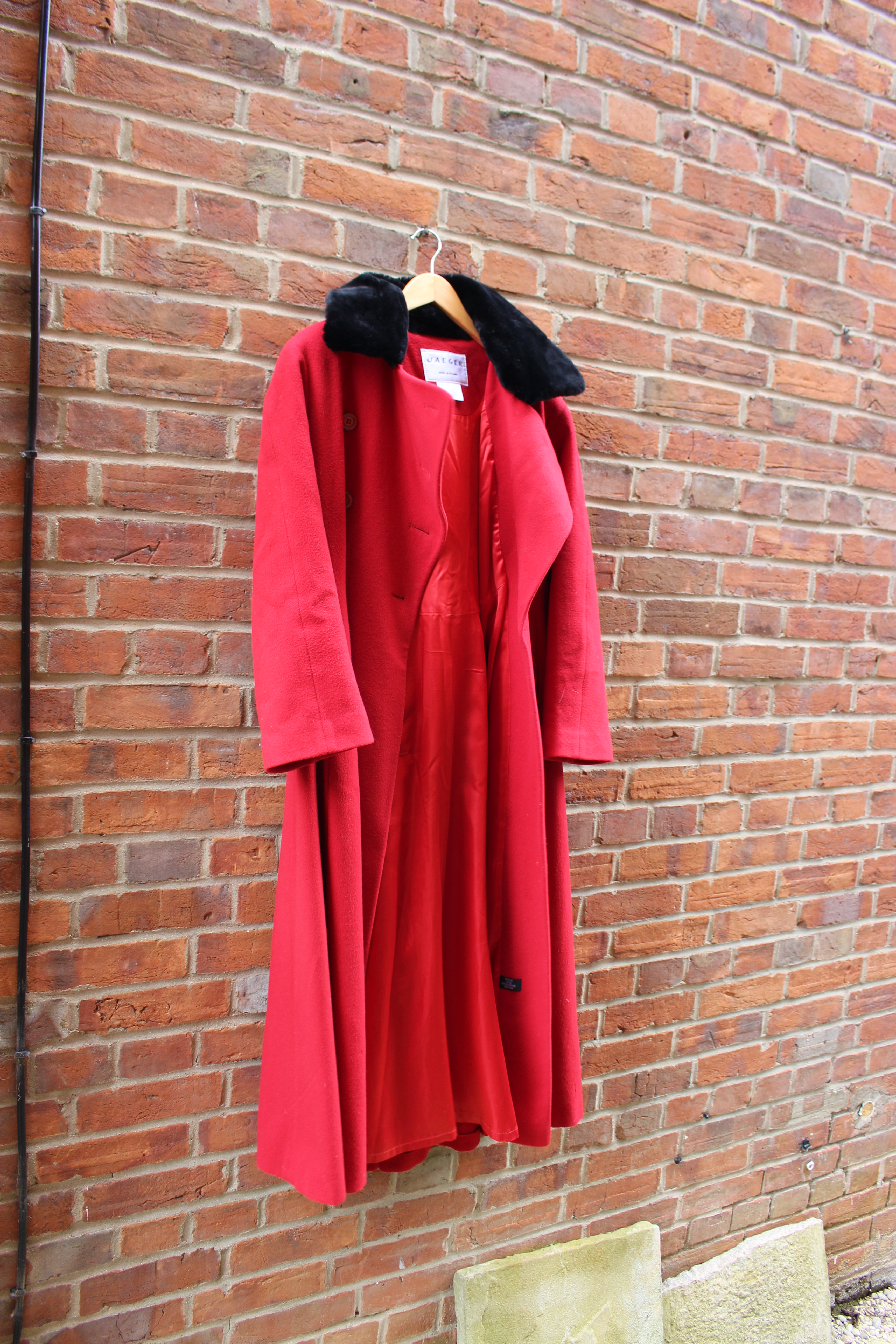