I bought this beret from Oxford For Europe. It's made by bEUret, whose site describes it as the iconic symbol of the Remain Campaign. On which topic, sign the petition!

The beret is almost exactly the same colour as a Charles Ingram cropped velvet jacket I have, shown in the third photo. It's also almost the same as a pair of Moroccan trousers I own. I was wearing the beret, jacket and trousers while shopping, when I heard a voice outside: "Oh my God. He's dressed like a Europe flag!" It was a student from Italy, talking to his friend. He asked me "Is that a European hat?", and when I said yes, he said "Thank you!" I found it rather sweet. 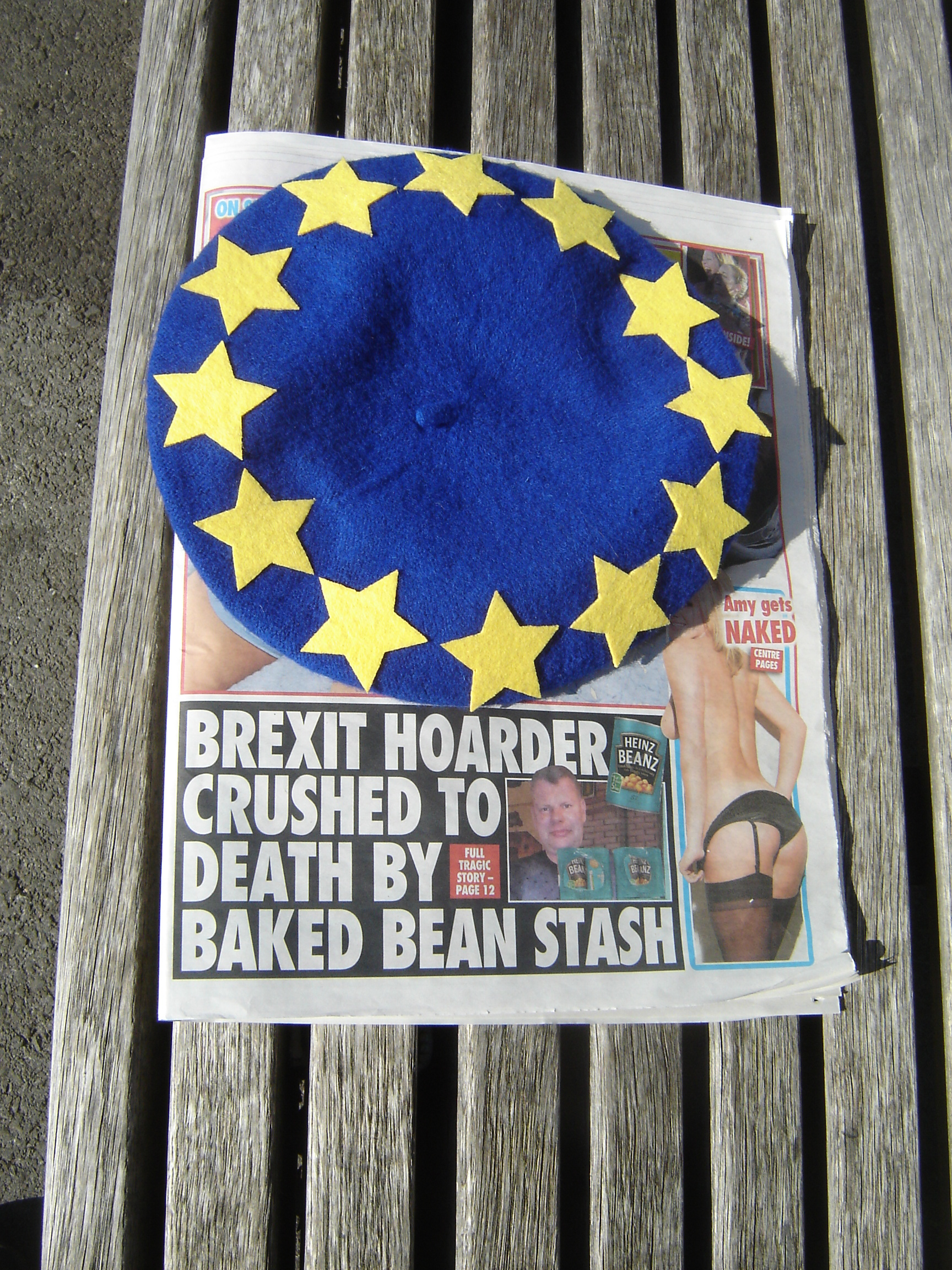 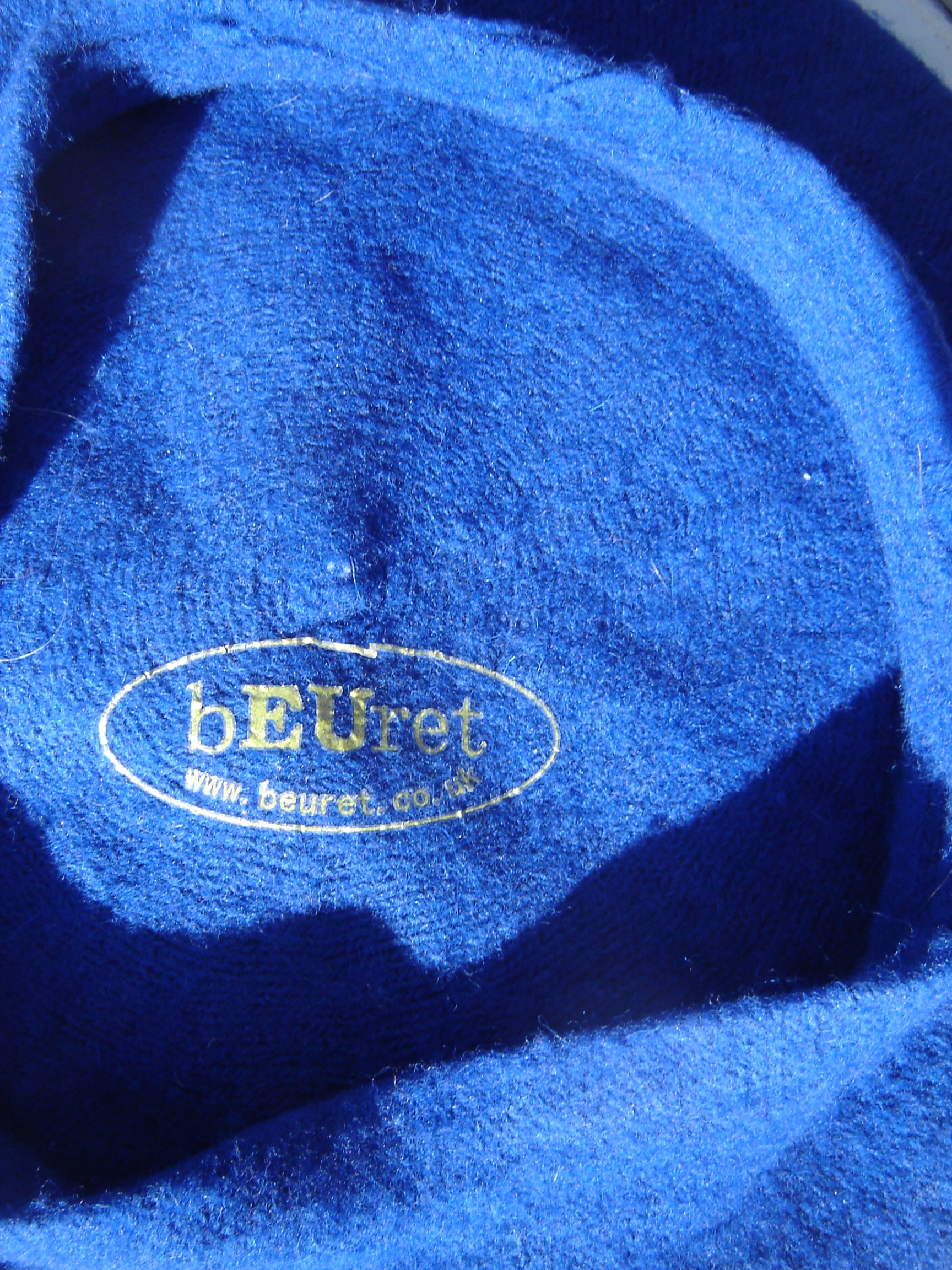 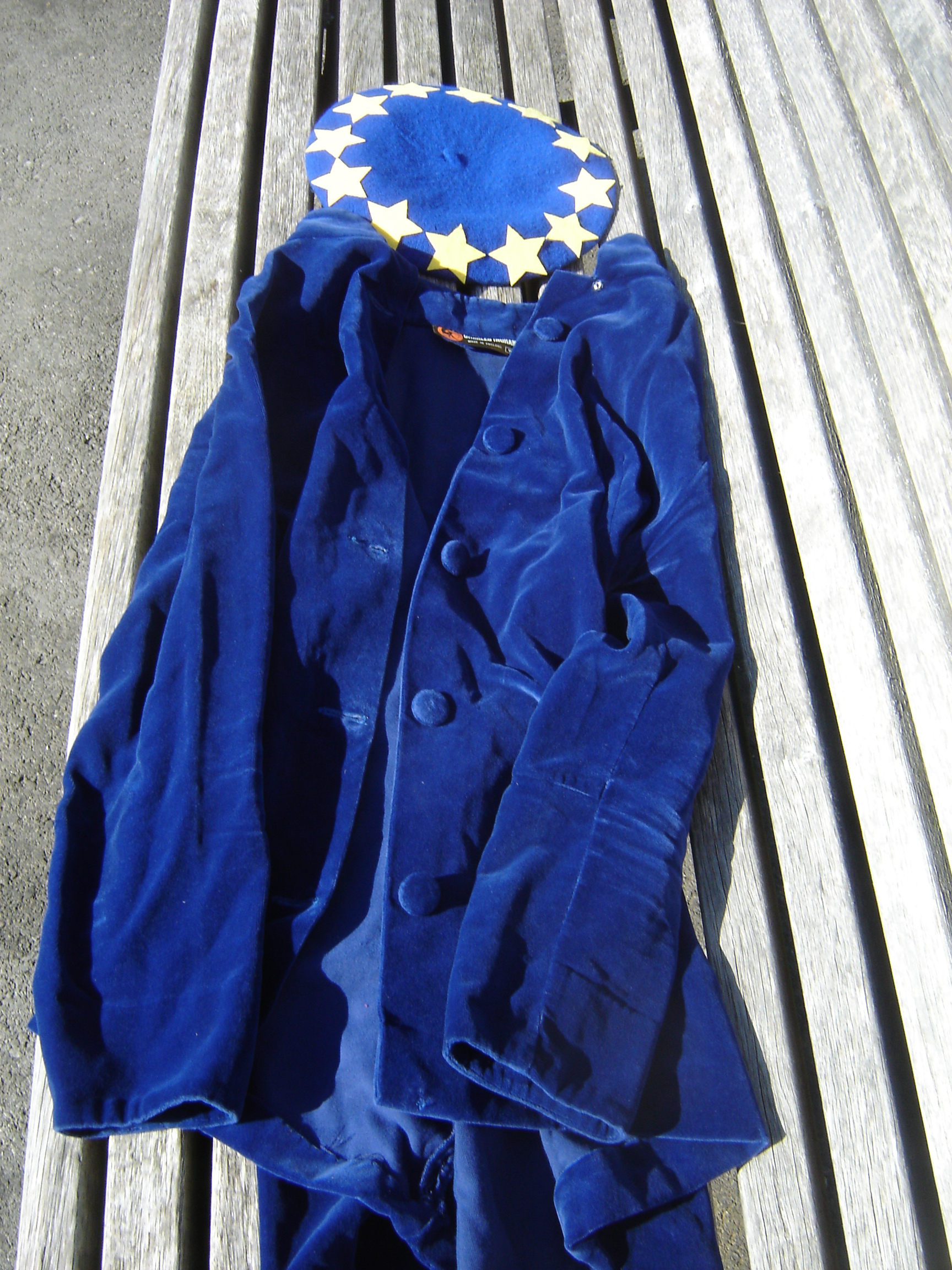 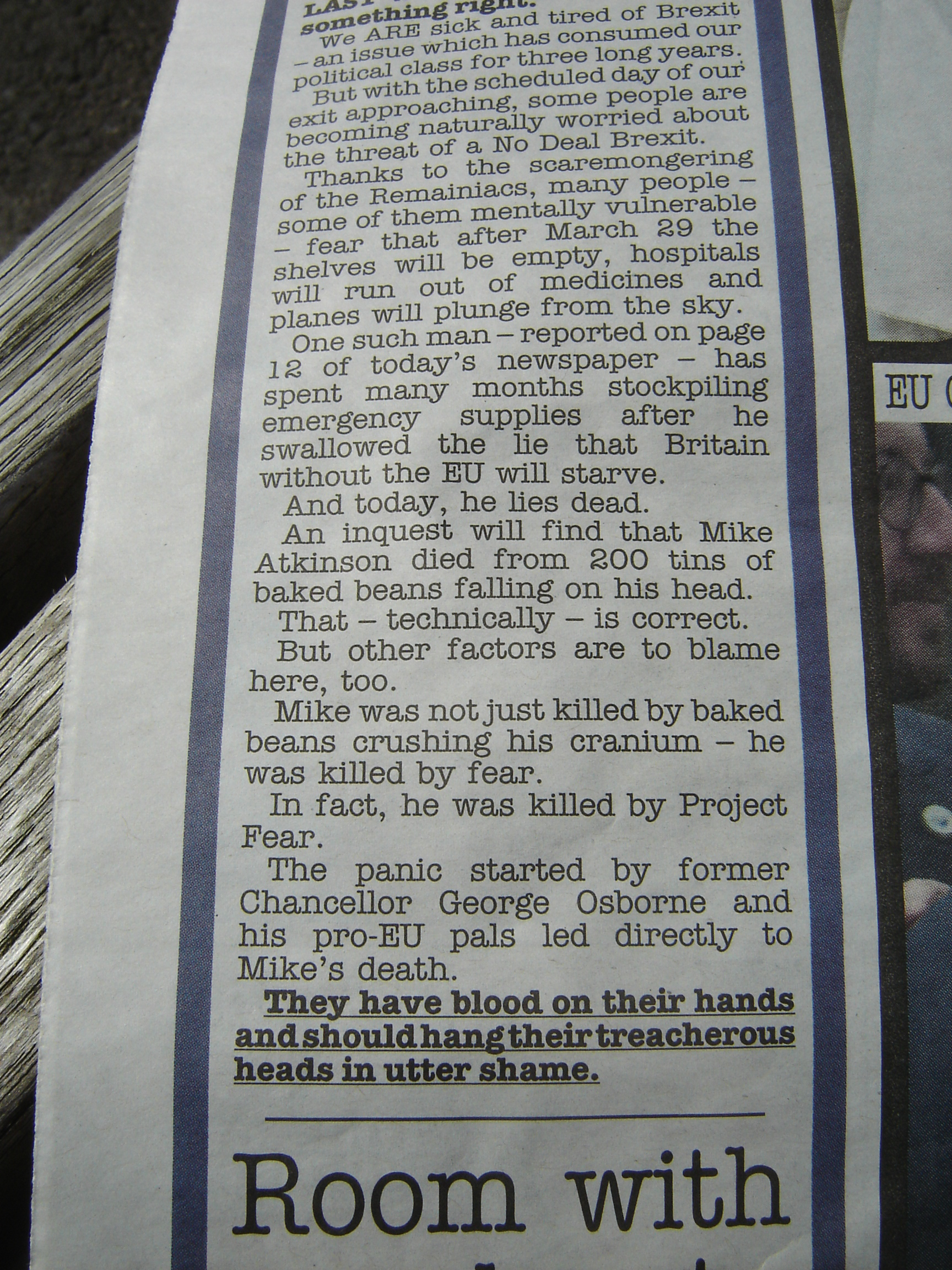 In my photo, the bEUret is resting on a copy of the Sunday Sport. I wanted some Brexit news showing — there was bound to be some — and the Sport's journalism seems appropriate to the times. This is the paper that once reported a German World-War-II bomber being found on the Moon.