I've been maintaining the website this week, which means I've not had time to blog anything. So this post is in the nature of a placeholder. Imagine me in the attitude below, hunched over a heap of image-conversion utilities, file upload scripts, directory listers, and flexbox reference guides: 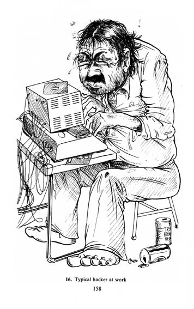 That isn't me, of course. I don't drink Coke or drip food on my clothes: too many are irreplaceable. Nor do I use floppy discs:

I mention floppies because they were once the last word in portable storage. There's an 8GB memory stick plugged into my computer. Had I been writing this twenty years ago, it would have been a 3½-inch disk with a capacity of 1.44MB. As my logo is 16.98kB, it would hold only 84.8 copies thereof. The discs in the cartoon are an earlier kind, which as far as I can see from Wikipedia, would have held at most 720kB and more likely 360kB.

It's that era that the cartoon is from. It was drawn by illustrator Borin Van Loon for the 1984 book Micromania: the Whole Truth about Home Computers, by David Langford and Charles Platt. One of Micromania's objectives was to warn against the dangers of computer addiction. In the case of the hacker, these include obesity from bad diet and never moving away from the screen. Those who are addicted to hardware — building gadgets from electronic components — don't suffer from this, it seems, perhaps because they spend so much time traipsing round component shops: 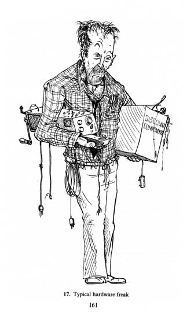 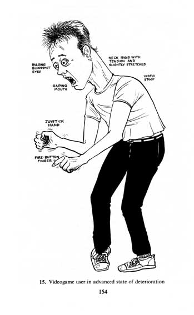 When I started writing this, I was going to remark on the difference between the way Van Loon's hacker is dressed, and the interest in mathematical elegance that programmers exhibit. These search results show how often the topic gets discussed online: 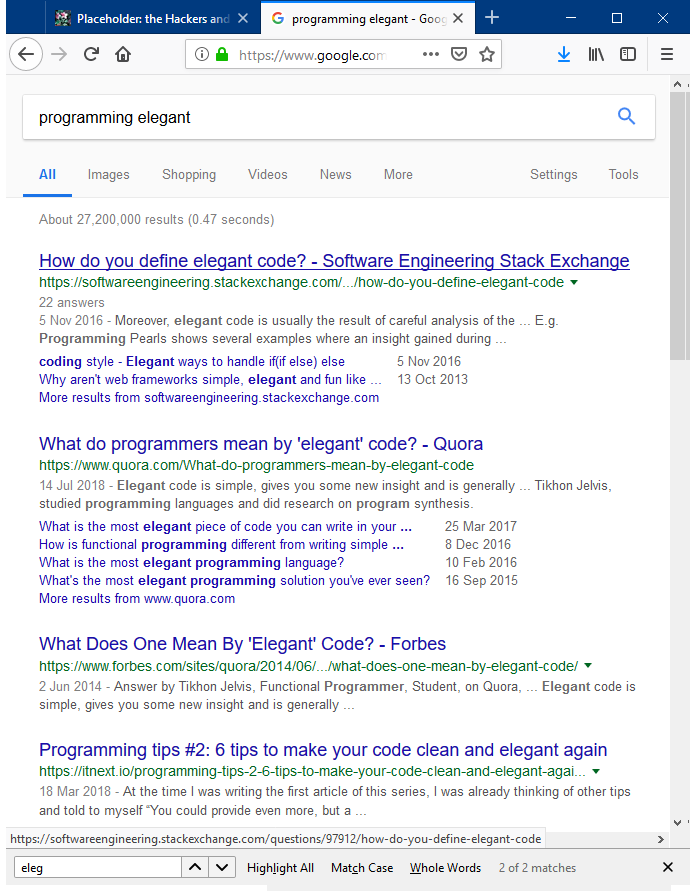 So why aren't people who are elegant in one field (programming) also elegant in another (dress)? But then I remembered from the book that the hacker is not meant to be a professional programmer anyway. He's a hobbyist obsessed with throwing together computer games, but who won't take the time to learn how to do so properly. If you want drawings of such people and their dress sense, Van Loon is your man, and there are contact details on his home page. I'll end with his picture for the cover of Micromania. 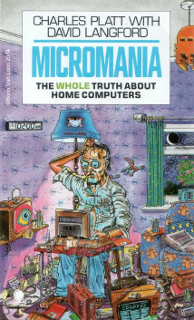