Last time, I wrote about the influence of dress reform on architecture. If you Google images for "dress reform cycling", you will find a lot of drawings of women wearing clothes similar to these: bloomers, a cropped jacket with leg-of-mutton sleeves, and a hat with a feather in†. 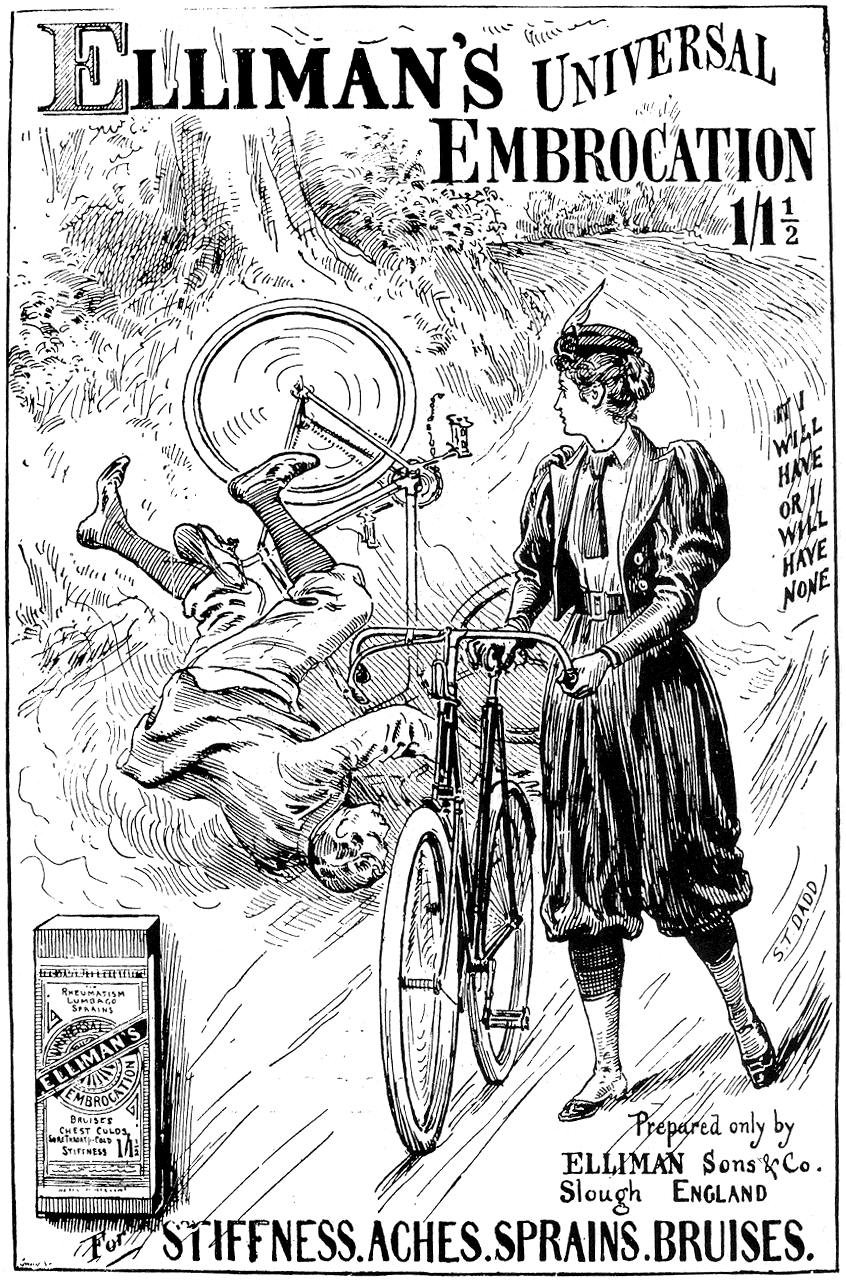 The most appealing such picture I've seen‡ was in a book of reprinted cartoon-style pen-and-ink drawings, probably done in the 1920s for Life magazine. The protagonist there looked quite masculine, and may even have been a man — the picture was too small to tell. I thought it would be nice to get a similar jacket made, because the picture suggested it would look good with various of my baggy qandrissi trousers. Something to do with the fitted look of the jacket balancing the volume of the trousers, I suppose.

So I bought some silk-velvet fabric, about which I'll say more in my next post, and arranged for it to be taken to Tangier to be made into a jacket. I also provided a pattern for leg-of-mutton sleeves; in French, where the term is "manche gigot", as a Moroccan tailor was more likely to be able to read that than English. This page, "Les manches bouffantes : explications + tuto"§ from mad moi Zelle shows outlines of various types of baggy sleeve and their names in French, as well as a simple tutorial on how to make leg-of-mutton sleeves for a T-shirt.

Here are three photos of the result. The jacket isn't as fitted as the one in the Ellimans picture, but I don't think I'd asked for that. Nor are the sleeves as puffed, but they do look more leg-of-muttony when I wear it. The pockets have lost their shape a bit. I've worn the jacket a lot, and the silk velvet is very soft. 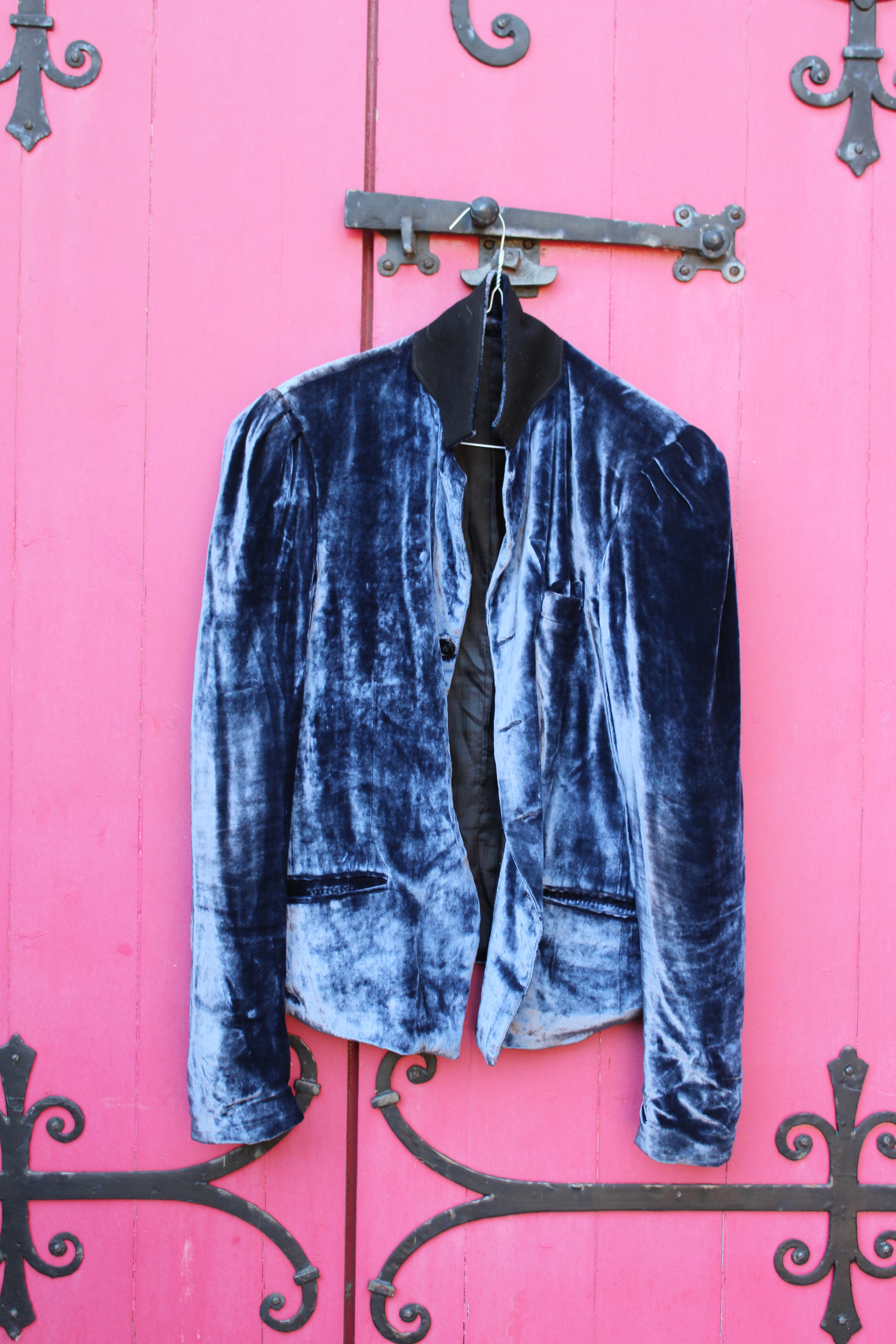 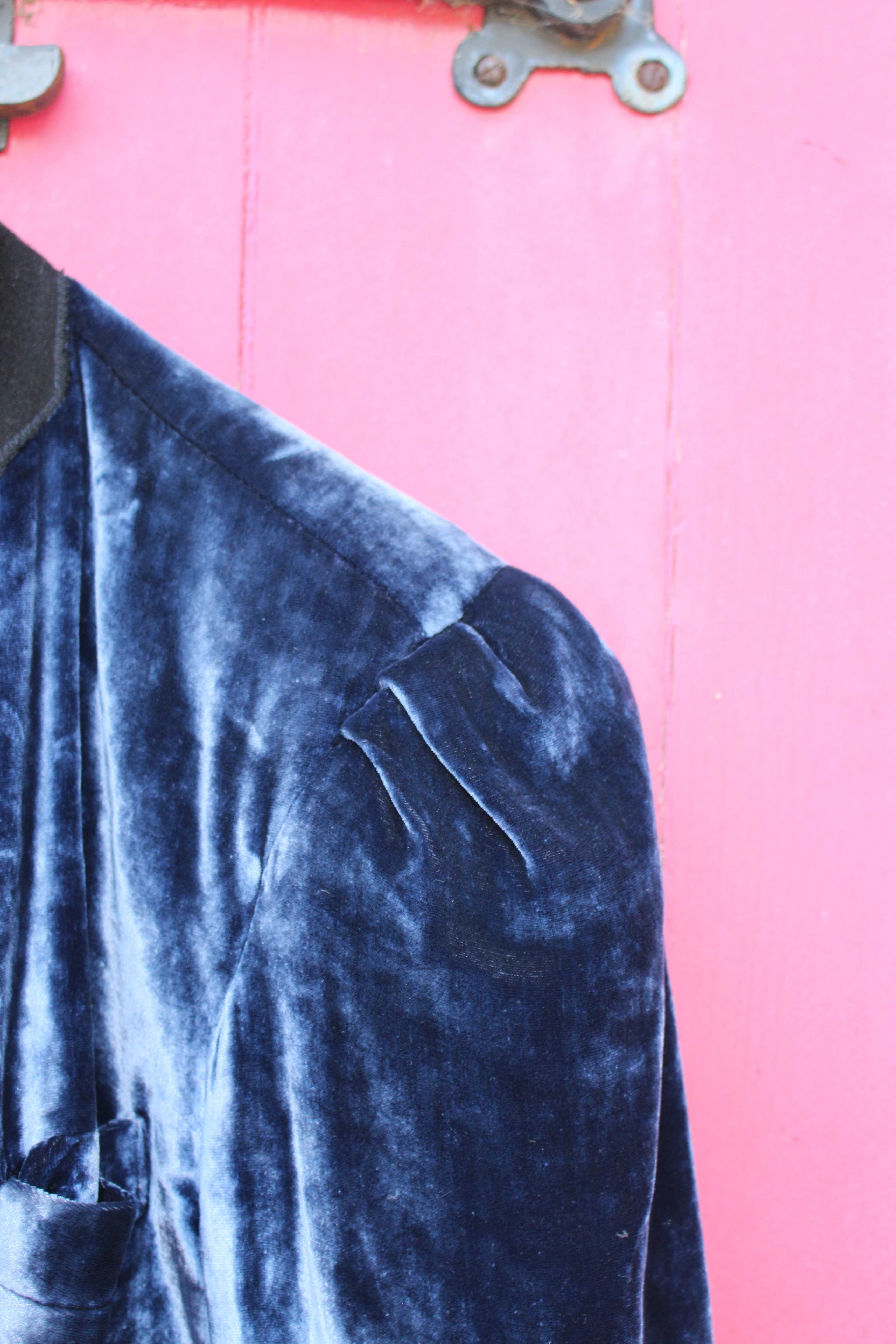 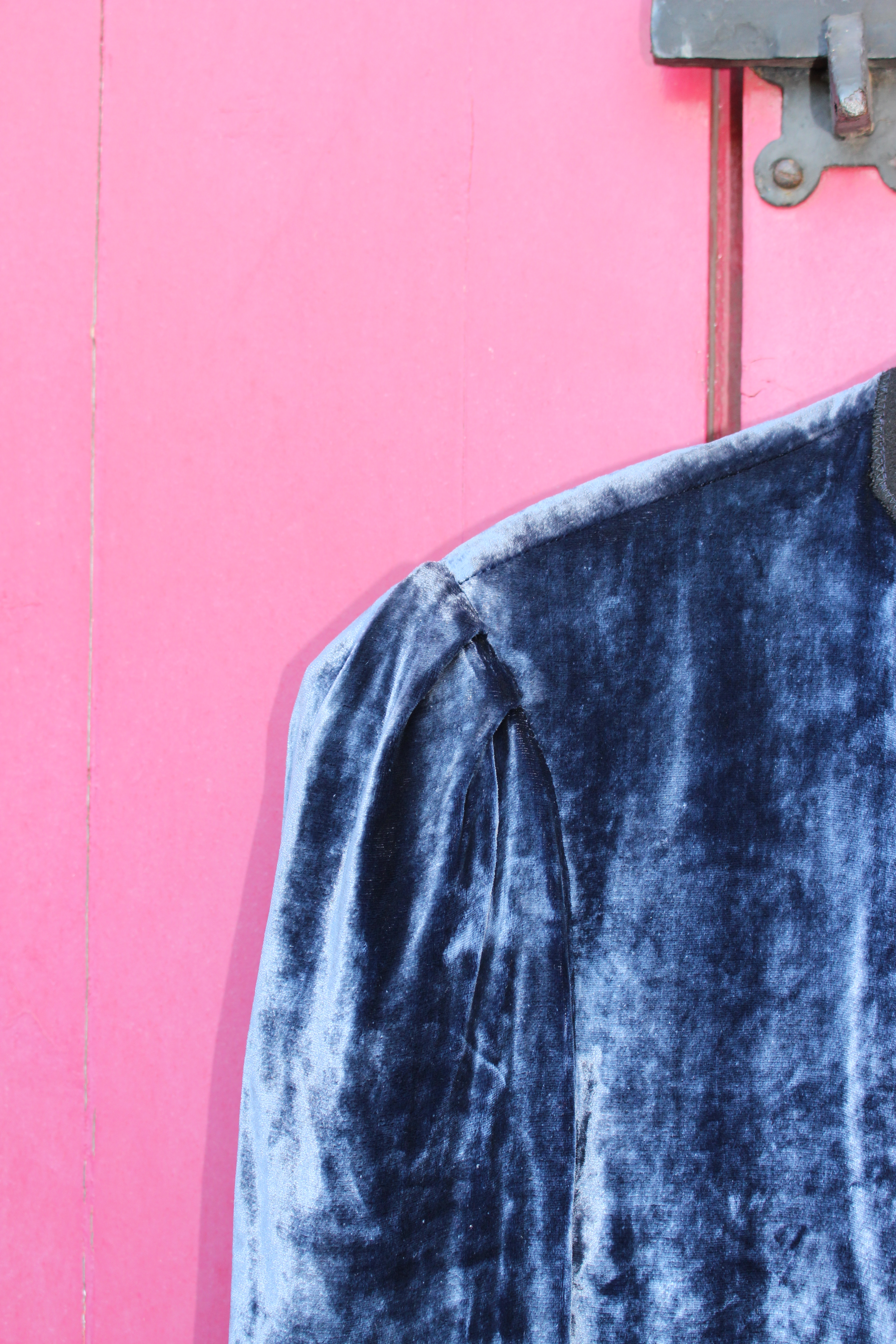 † I took the image, which is public domain, from Wikipedia. Its page there describes it as a "1897 advertisement in The Graphic for Elliman's Universal Embrocation (manufactured in Slough), showing a relatively early example of an ordinary non-sea-bathing Western woman appearing skirtless in public (wearing 'rationals' or 'knickerbockers' or 'bloomers' for bicycle-riding). The whole outfit (top and bottom) was known as a 'bicycle suit'. For the radical change in the way that women rode bicycles over a period of just ten years, compare https://commons.wikimedia.org/wiki/File:Bicycling-ca1887-bigwheelers.jpg and https://commons.wikimedia.org/wiki/File:Ausfahrt im Sociable um 1886 - Verkehrszentrum.JPG (which date from just before the 'safety bicycle' and the woman's 'bicycle suit' started to catch on)." 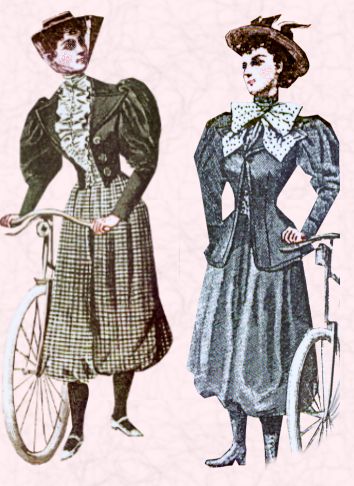 I found it in "Rational Dress Reform Fashion History — Mrs Bloomer" by Pauline Weston Thomas, Fashion-Era.com . I've no idea of its origin or usage rights, but there are many copies scattered across the web.