I've been processing and sorting photos, most of which I've now added to the gallery. As I mentioned in a post written just after this went live, the gallery page displays a selection of clothes. The selection is determined by two buttons. One looks like this:

and displays all the clothes I've got photos of. These include those I own, as well as ones I've seen and photographed but not bought.

As its caption says, it displays only the clothes that are mine.

Why do I have two buttons? The first displays a wider range of patterns and designs. For example, here's the pattern from a silk shirt by Colorpoint. The belligerent little aliens with which it's printed are fun: 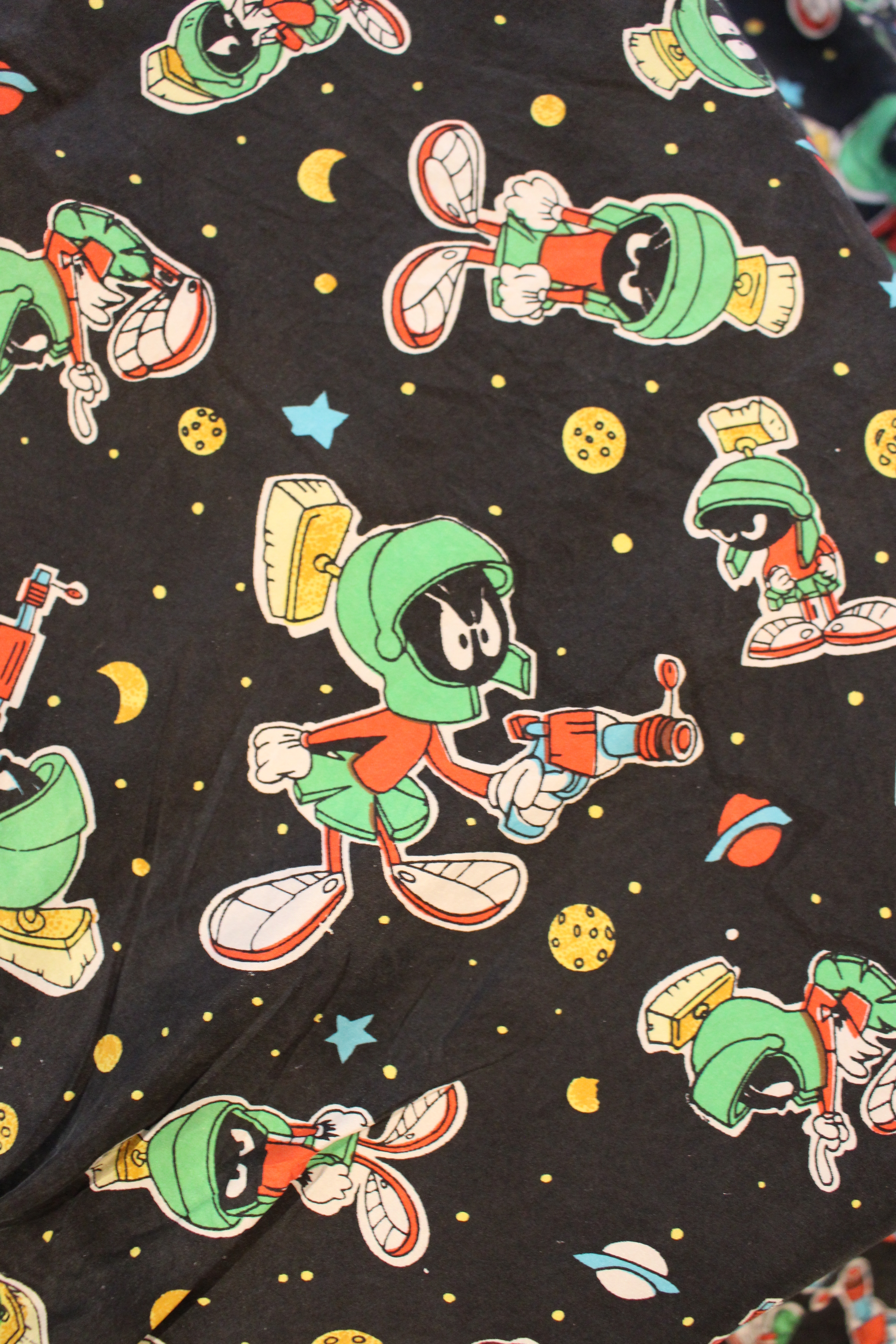 But the shirt was a size too big for me, so I didn't buy it. By the way, the aliens are Marvin the Martian, a character "who was quiet and soft-spoken, but whose actions were incredibly destructive and legitimately dangerous". All credit to his creator, the excellent Chuck Jones.

A garment of quite a different kind is this brown coat, embroidered with spiky greens and golds: In the photo, this is a really dramatic design. But when I tried it on, too much of the pattern went round my sides, and wasn't visible from the front. So though the coat would have looked great framed on my wall as abstract art, the design lost coherence when I wore it.

I hope these will inspire those who like designing and making, and persuade you — if you need persuading — to try your nearest vintage shop. Buying vintage is a good re-use of resources. And with companies like the loathsome Burberry, reported to have destroyed Â£105,000,000 worth of stock in the past five years, fashion needs all the help in conserving resources that it can get.

Here's one resource I'm conserving. It's a green velvet jacket: 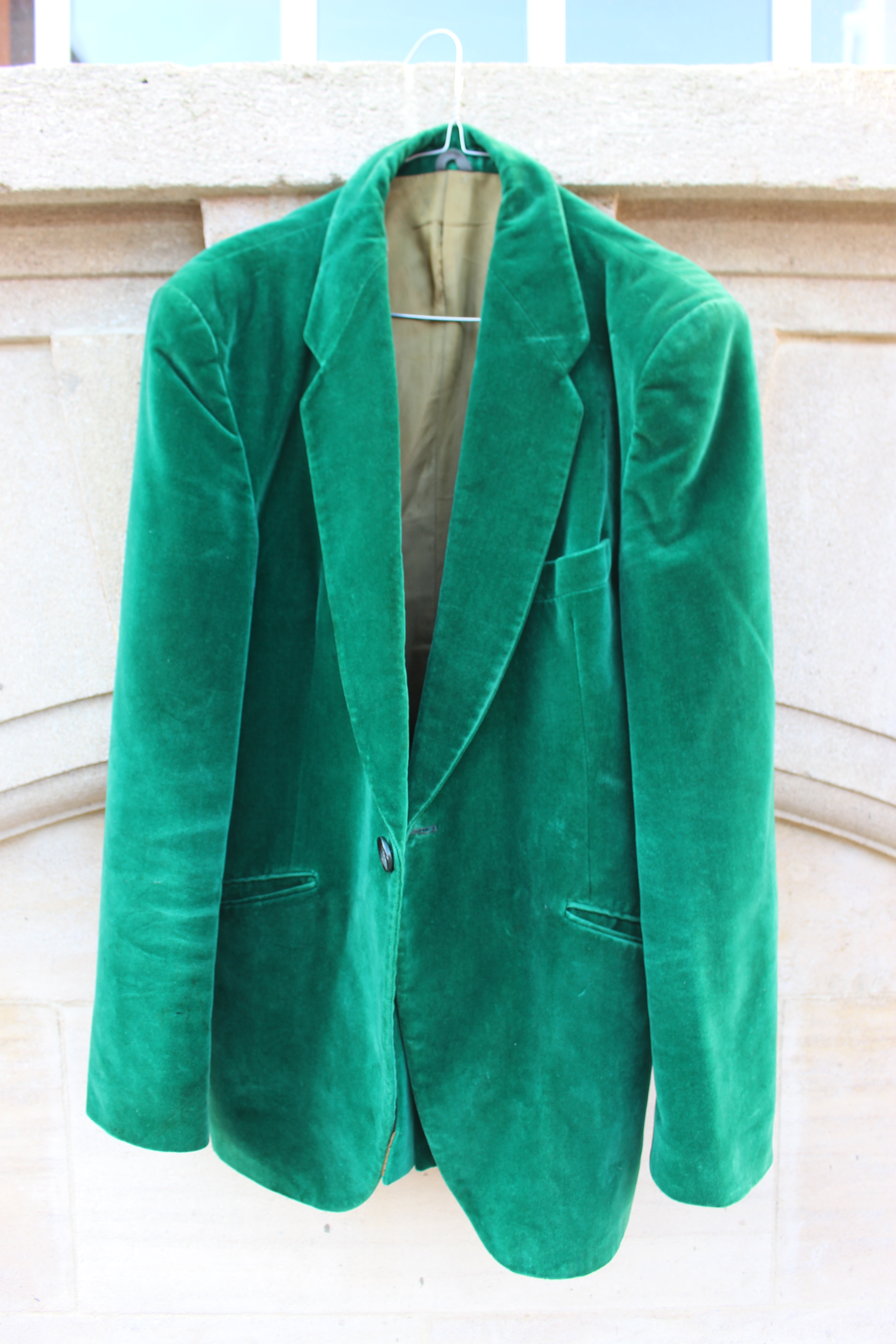 It must have travelled halfway around the world, because it's made, the label says, by His Lordship of Wellington, New Zealand: 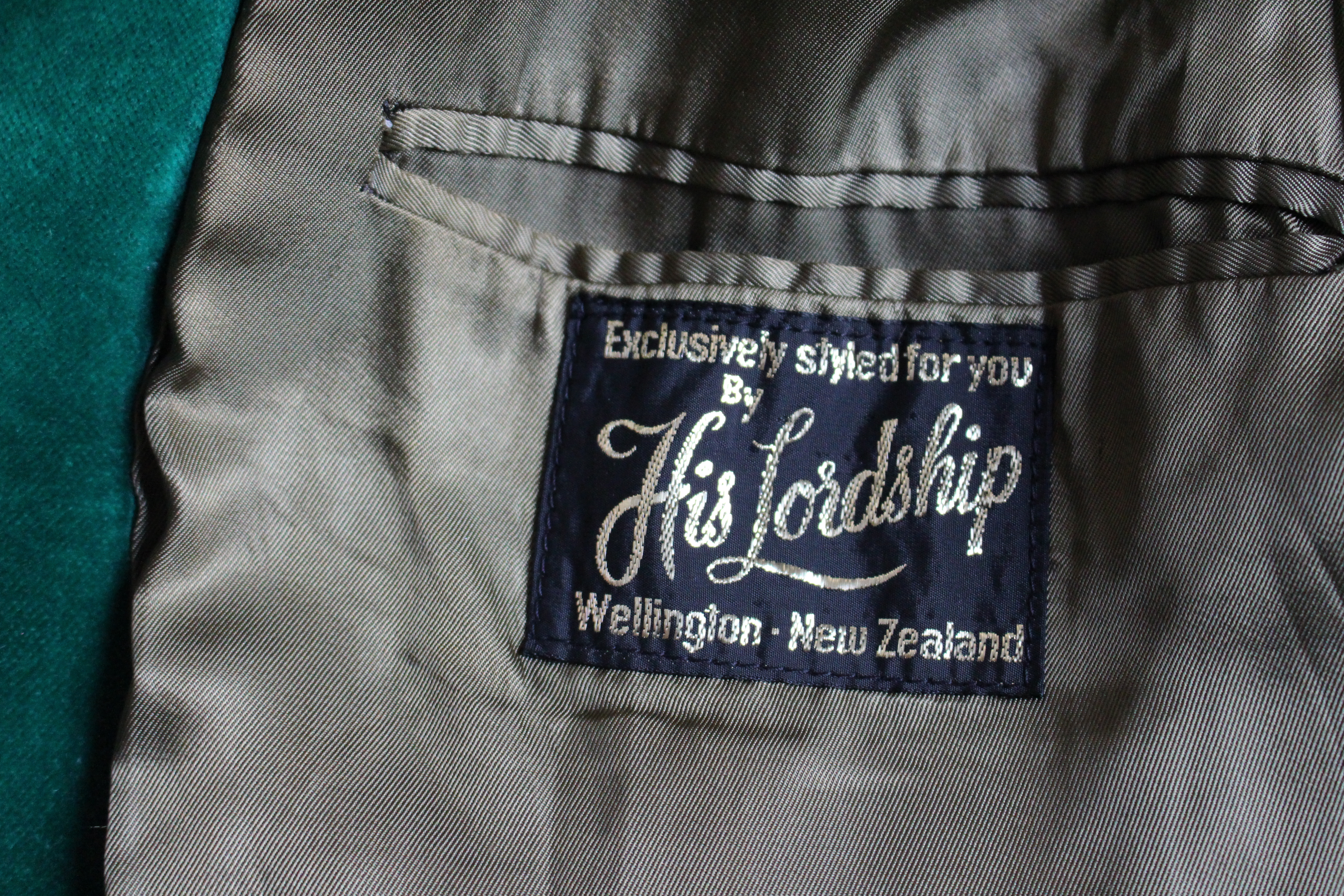 Here's another. This one is red velvet: 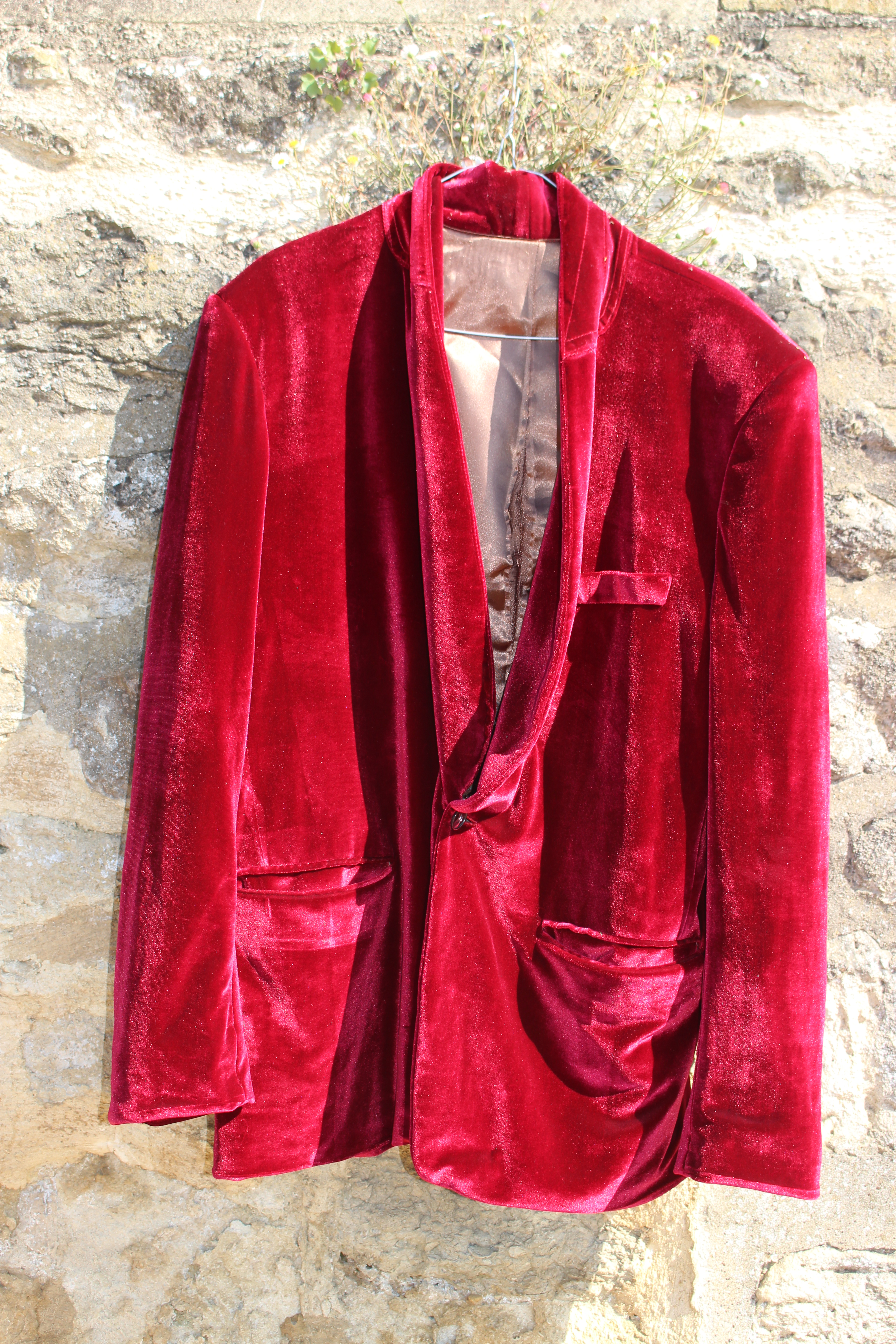 This one is purple velvet: 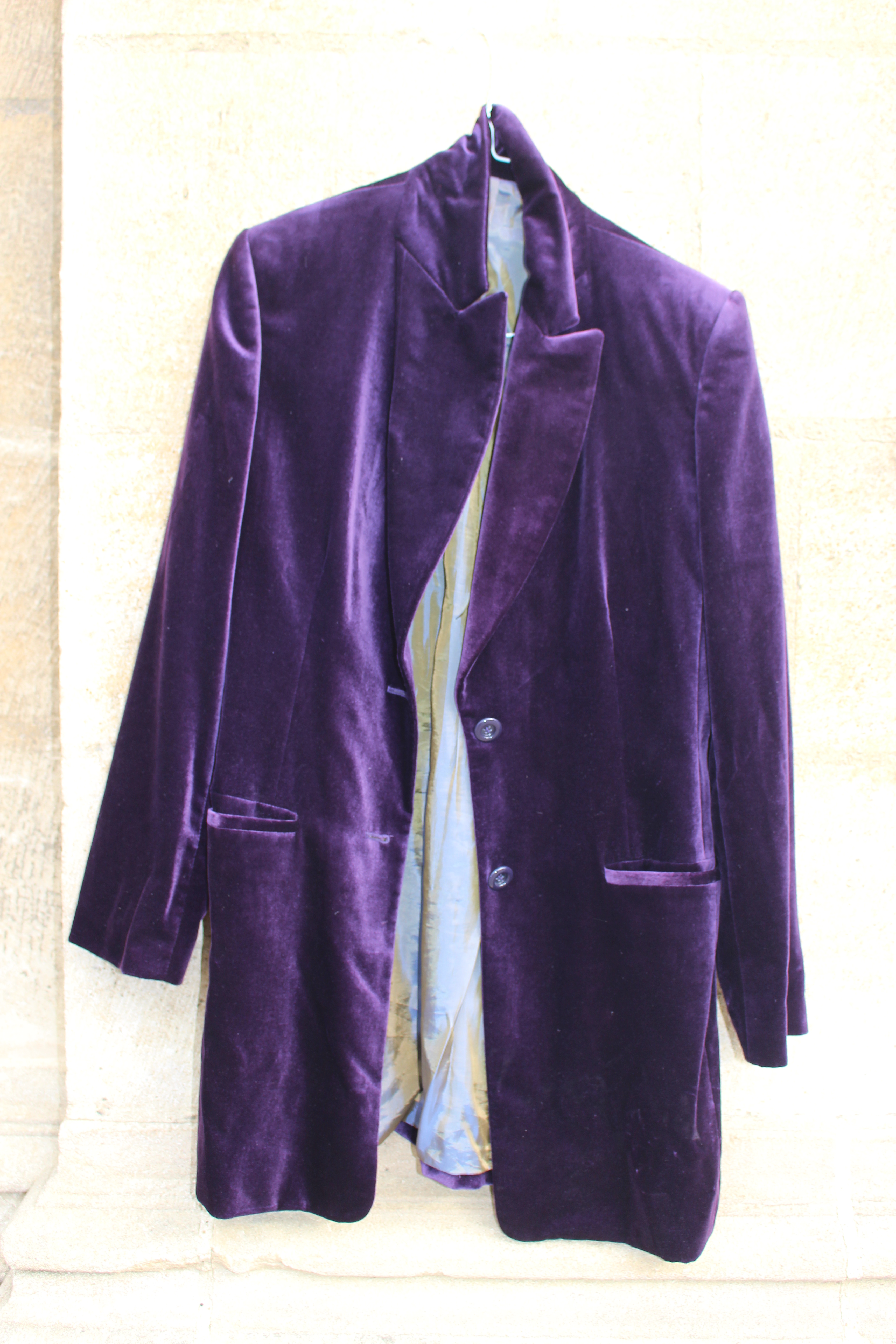 Unlike the two above, it's actually a woman's, as revealed by the position of its buttons. But notwithstanding this, which I mention because of Grayson Perry's teenage fears about being thought effeminate for wearing buttons on the left, few people will notice or care. So you could safely wear that, or the green, or the red, and give greater chromatic pleasure to yourself and those around you than if wearing cord, leather or tweed. Showing such examples is what I wanted the "only my clothes" part of the gallery to be for.