The silver silk-velvet jacket pictured in Friday's post was made with the same material as the sarouel trousers I'm going to write about now. In a sarouel, the lowest the crotch can be is at the ankles; when, really, it isn't a crotch any more, but just an edge with holes in for the feet. As in this design from Balenciaga†: 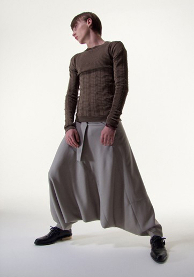 I've seen sarouels this shape in shops. At least one "Oriental" gift shop in Oxford sold them, made out of silk; Fusion Clothing in Portobello Road, London had a more robust version in a rather rubbery synthetic; and FantaZia in France had a very sturdy kind made from denim, their Sarouel Jean Mixte Zayu. Sturdy that is apart from its colour, because I bought one once, and when I got caught in a June rainstorm, the dye ran and stained my jacket.

But none of these have flies; they all use drawstrings rather than belts; the material tends to be thin and droopy; pockets are non-existent or so floppy as to be unsafe; and the designs available tend to be "hippie". (Admittedly, the last three don't apply to the Jean Zayu.) I wanted a properly tailored sarouel, nicely pleated and made with as much detailing as a conventional pair of trousers.

Moreover, I'd seen photographs of flowy grey-velvet trousers — in a Tom Ford collection, I think — and thought it would be nice to get a full-length sarouel made with a similar fabric. Full-length because I have a lot of three-quarter-length Moroccan trousers, but in Britain we have winter; and velvet because a full-length sarouel has a lot of relatively flat surface interspersed with pleats and folds, which gives loads of room for velvet's shine and shimmer.

So when I was in London one day, I took a side trip to Shepherd's Bush to get some fabric to have sent to Tangier. As Sew Over It's "Fabric Shops in London" explains:

If it's fabric bargains you're after, there is no better place to go than Goldhawk Road in Shepherd's Bush. Head out of Goldhawk Road tube station (Hammersmith & City line), or walk five minutes from Shepherd's Bush (Central line), and you'll find yourself in fabric shop heaven. There are over ten fabric shops on Goldhawk Road, and whilst they can be a bit higgledy-piggledy, it's worth the rummage. My favourites are Classic Textiles and A-One Fabrics.

I went into several shops. A-One had the nicest selection of velvets, including a variety of greyish and blueish silk velvets. So after taking samples outside to see how they looked in the sun, I chose seven metres of silver-grey. I had it taken to Tangier, together with my Jean Zayu to show the tailor the shape I wanted. And the photos below show what I got back. 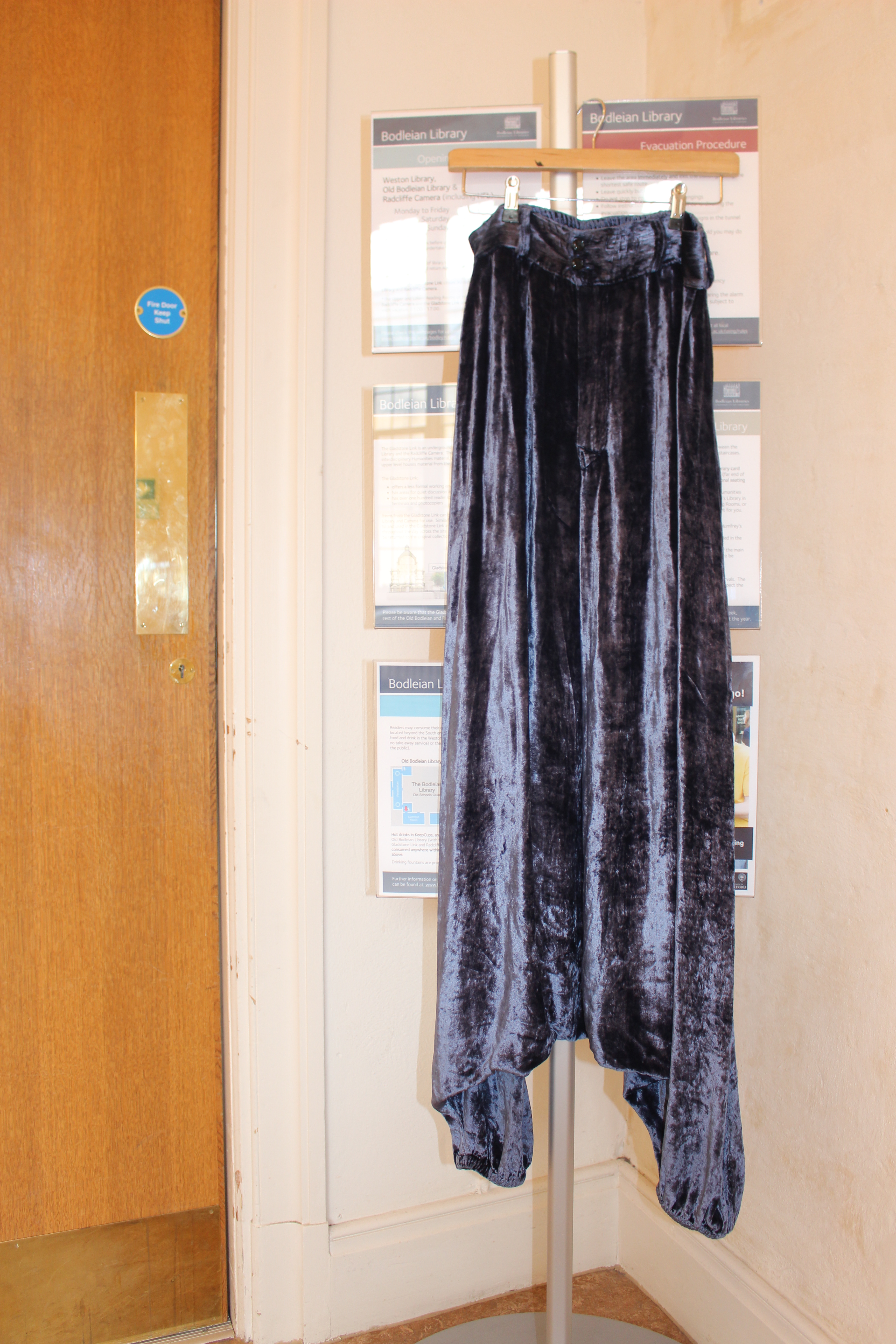 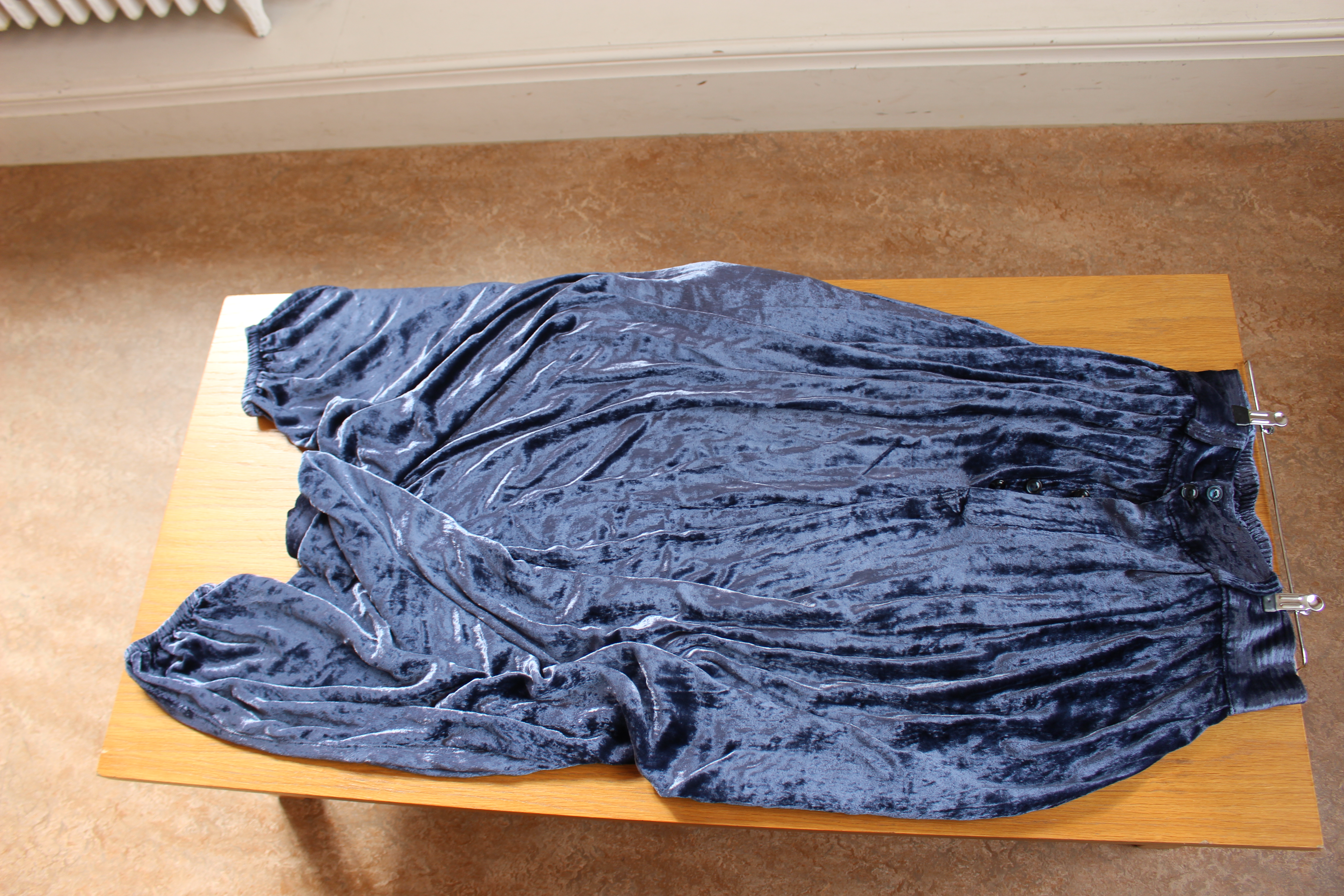 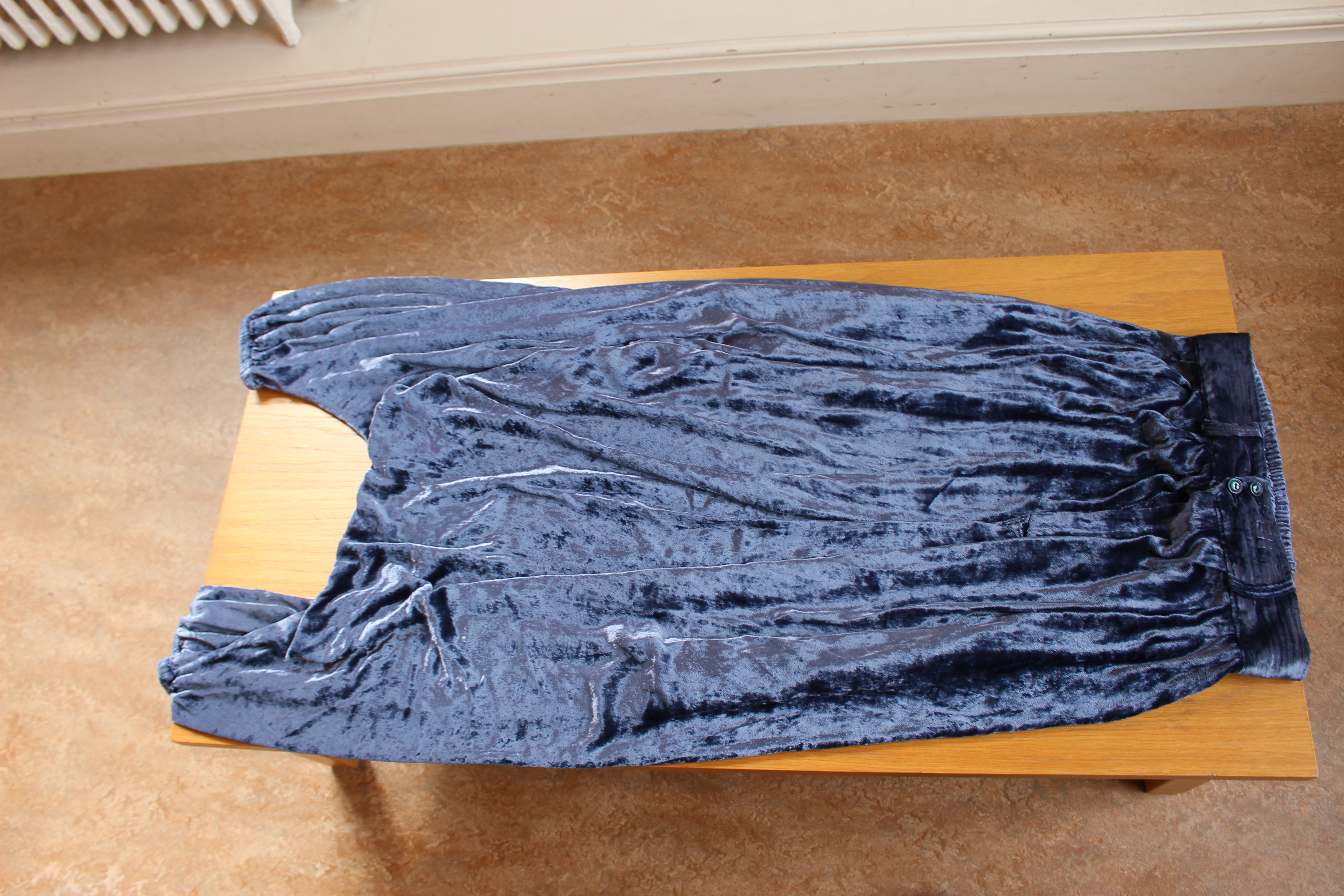 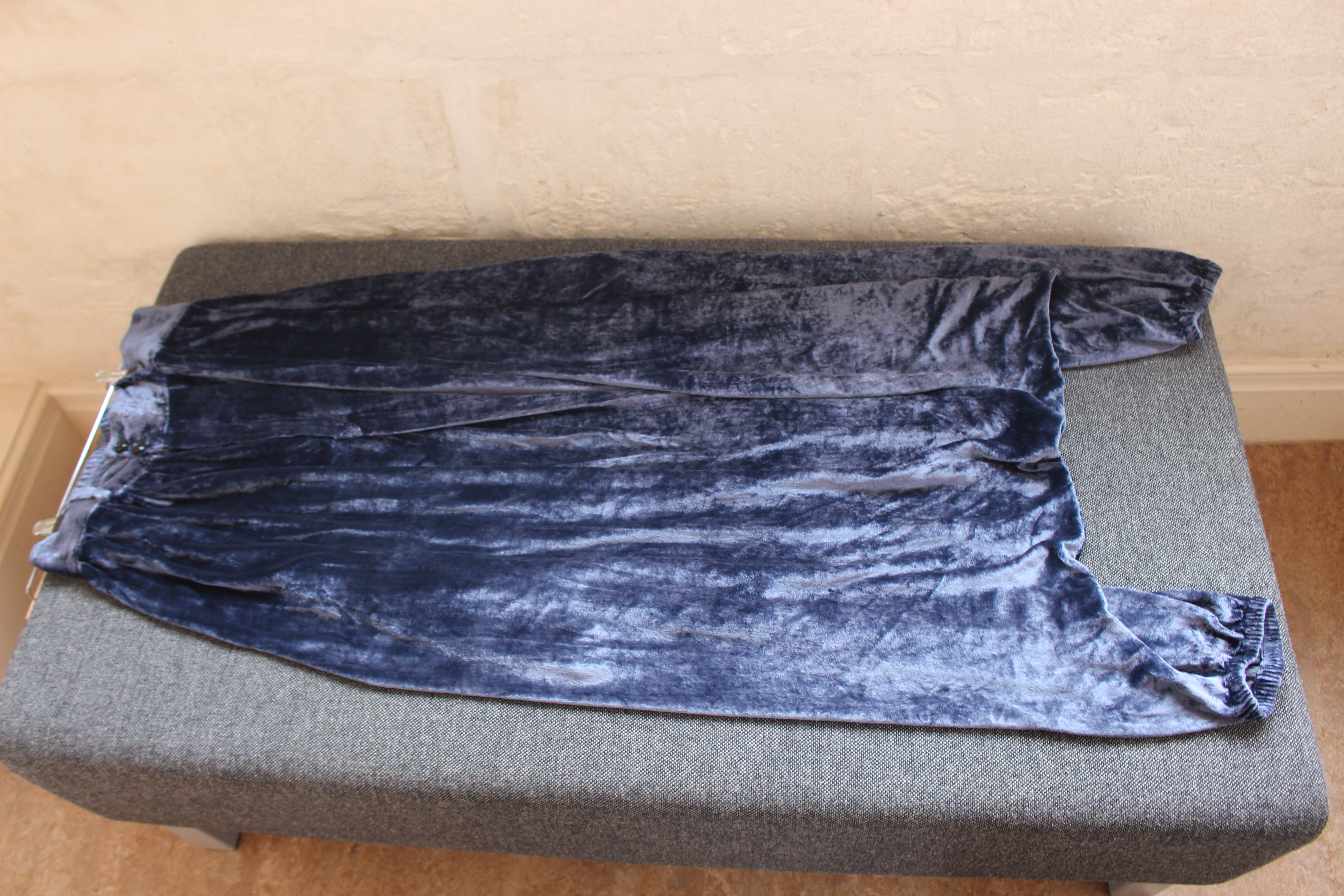 The sarouel, by the way, cost me about £30 for labour, plus the cost of the velvet. Or half the velvet — about 3½ metres — because the rest went on my jacket. And this was cheap. When walking around London on another visit, I happened to pass a boutique named Digitaria run by Eleftheria Arapoglou and Stavros Karelis at 60 Berwick Street. I don't believe it's there any more, despite that link; but they had one sarouel, not quite full-length, on sale. For £450. It was cashmere, but even so.